The Supa Mega has been on a roar this year and when you think it’s the end you find out about a new nomination or accolade. While AKA takes on the summer, his latest single Baddest continues to top charts on both radio and television. 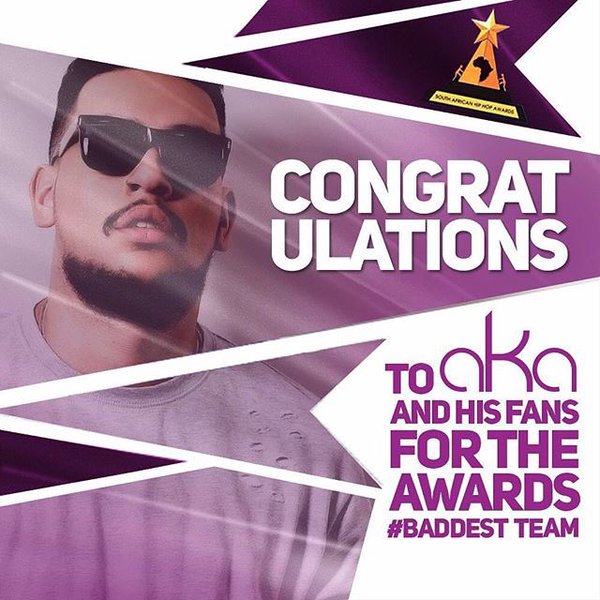 AKA had several nominations but he managed to walk away with 5 wins by the end of the night. AKA walked away with awards for best collaboration, best video, most valuable, best digital sales and received a milestone award. AKA only considers himself to have won 3 award because Best Video and Best Collaboration were for his now nemesis Anatii’s The Saga.

Thank you to the fans for my 3 SAHHA’s: 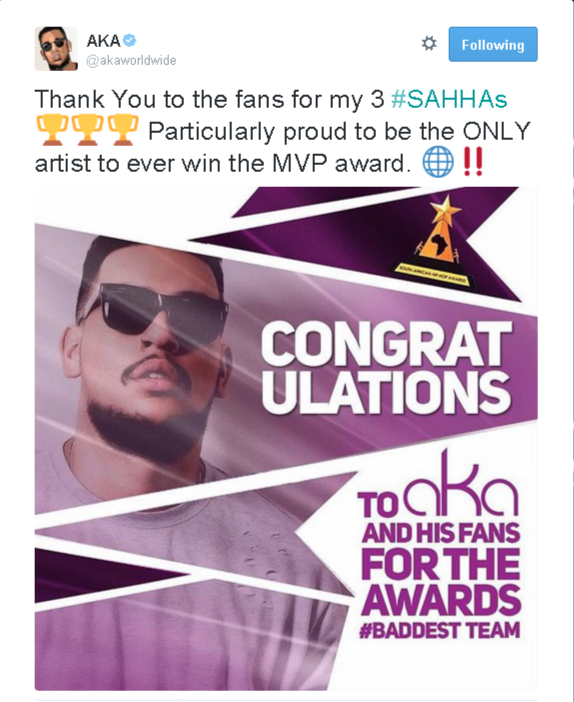