Tumi Molekane pen game is one that can not be doubted seeing that the O.G has battled the world’s best pens. After his battle with America’s witty battle rapper Ness Lee, we saw the American call Tumi a genius despite who people think won the battle. 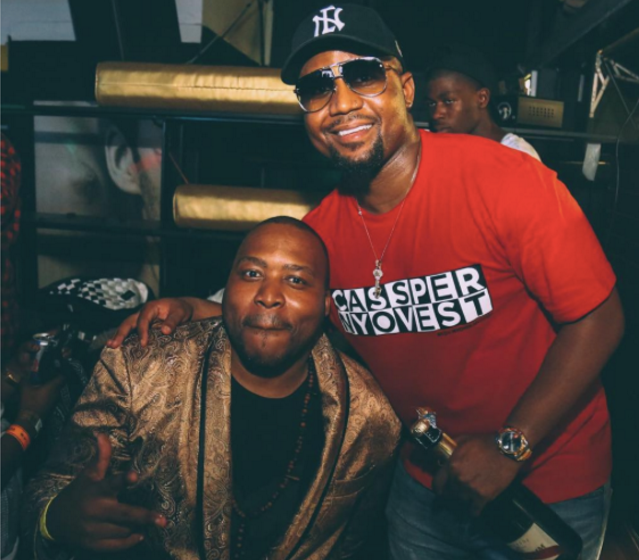 Cassper is one rapper who gives us hit songs but at the same time is criticised in the rap community about his lines being below standard. Cassper Nyovest seems to be annoyed by these comments to a point where we have heard him talk about it in his music e.g “they say I don’t spit so I won’t quit” – Juice Back remix.

We have seen a couple subliminal’s being exchanged between Tumi and Cassper for a while now but this past weekend seems to have been put to good use. “We good” captioned Nyovest on a picture of himself with Tumi. 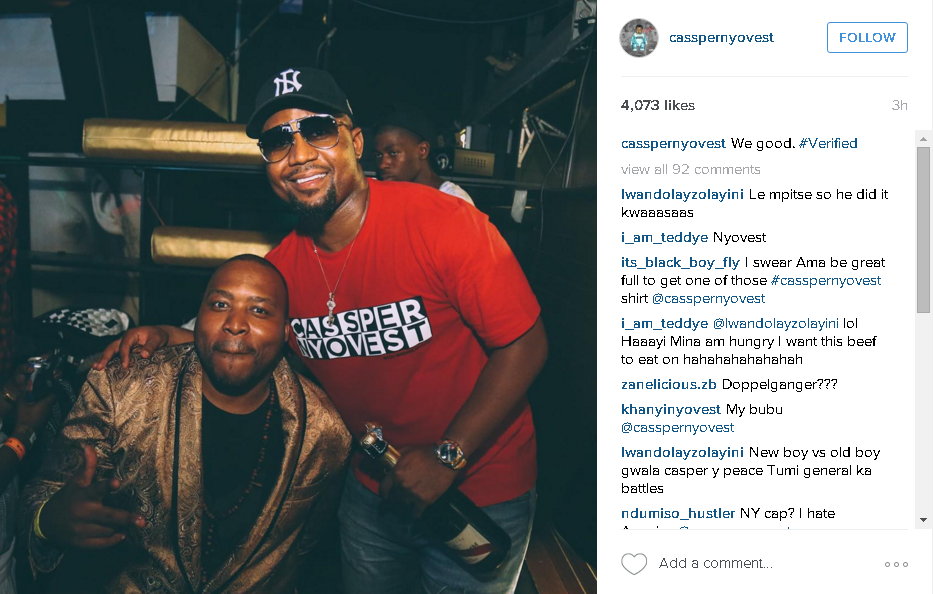