The Game had quite the evening on Thursday (March 17) when he drank too much truth serum and bared his inner thoughts on a now deleted Instagram post. The Cali MC’s revelation included 50 Cent, not about seeking to patch up their strained friendship, but to state how “amazing” the Queens native’s line of alcohol, Effen Vodka tastes. After The Game “ran thru 40 bottles of #AppleCiroc” at Los Angeles’ Le Jardin nightclub, the “Hate It Or Love It” rapper decided to keep his inebriated state going and sip on Effen Vodka instead. 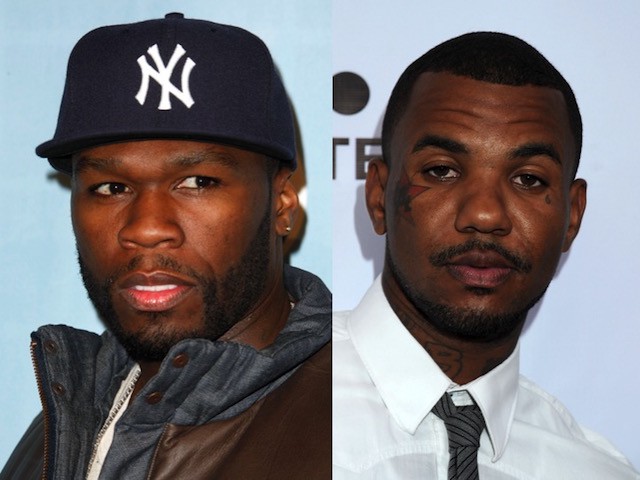 “As I start drinking the #EFFENVODKA I thought to myself…… This bullsh*t is actually amazing……” he wrote under a picture of Empire and Power’s show posters. “As soon as I took my 1st shot I felt like everybody in the club had took the same 2 shots I did cause they were all staring at me, as if they needed me to give them some direction.. & what I do ??? I put on that @BadGalRiRi “Work Work Work Work” not because it’s better than Beyonce but actually because I can’t decide between @badgalriri & @beyonce when I’m drunk so maybe I should listen to both SINGLES on #Tidal when I’m sober so I can decide.”

On the topic of Tidal, The Game changed subjects to ask Jay Z for a feature since he invested in the mogul’s music streaming service. “I spend $27.99 on #Tidal a month…. & I’m a RICH/cheap ni**a…. So with all that being said….. Hove, I need a feature… Cause I’ve matured well beyond the years of me being 23 years old dropping the DOPEST ALBUM of 2005……. #TheDocumentary was #CLASSIC wasn’t it????” 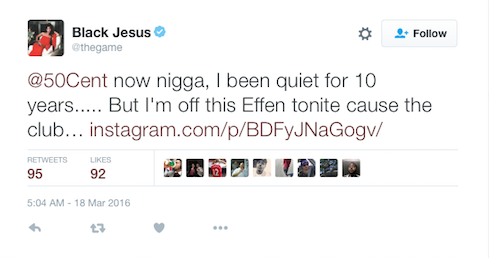 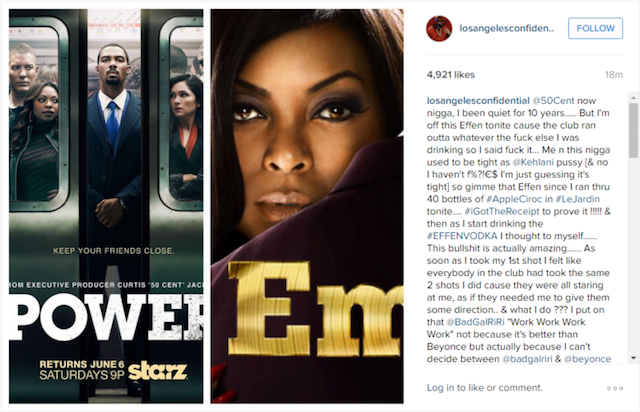 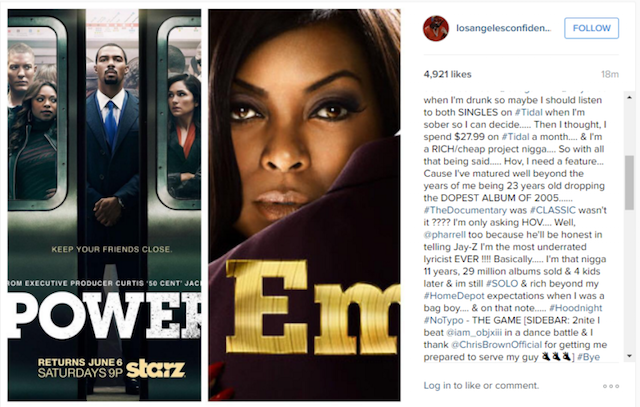