Kwesta has been flying high off his latest single which was released sometime in January and it instantly became national hit. Ngud is the first single to be released of Kwesta’s highly anticipated Dakar II disk II. 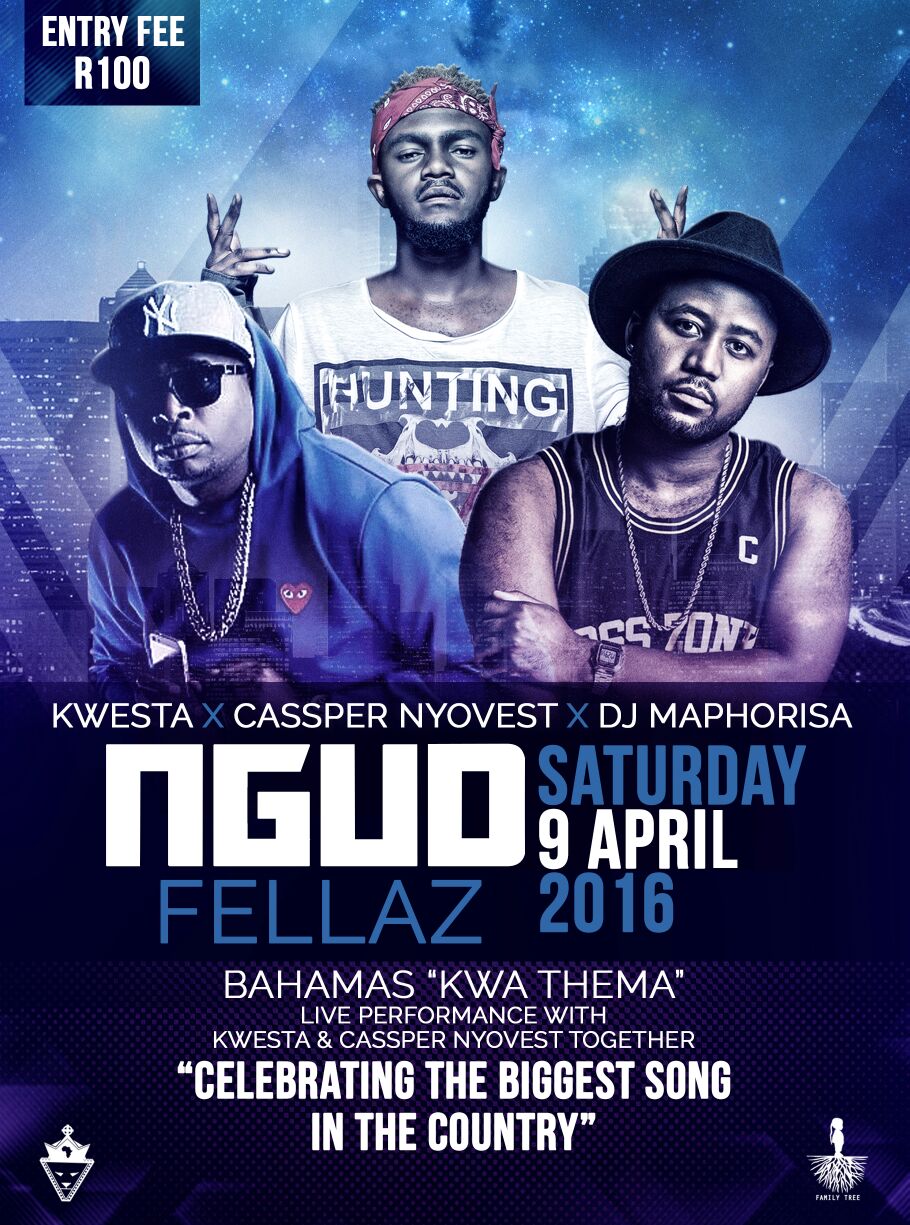 The song has been the biggest song in the country for a hot minute and Kwesta is about to take his music to the people. The homie is performing in Kwe-Thema with Cassper Nyovest and Maphorisa for the

“iNgud is not that available in the burbs you know. We are taking the Ngud tour to Kwe-Thema because iNgud is popular in the hood so we decided to take the tour right there” said Kwesta. “Why Kwa-Thema? I chose it because I’m biased towards the East” he explained.