Stanley Enow has released the Bounce Remix Which features AKA. The Supa Mega has been in the game for a long time and clearly the rapper has managed to become the most relevant rapper on the continent. The rapper was featured by one of the biggest rappers in Tanzania named Joh Makini. 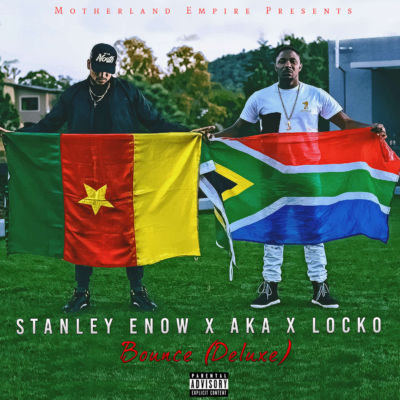 The rapper has been talking about dominating the continent for a while now and it’s clear that the homie has reached a stage where he has is now plotting on world domination. AKA’s second BET nomination confirms where he is at this point.

Motherland Empire present “Bounce Remix”, the latest instalment from Stanley Enow which features South African Hip Hop Master AKA.  This heavy-weight collaboration is another testament to how strong the Hip Hop Rap scene in Africa currently is. “Bounce Remix” was released on the 20th May.