AKA is asking the haters to hate on him. The rapper has been in the game for a long time now but the fans can’t seem to get used to his super confident personality which most perceive as disgustingly arrogant.

The Supa Mega was nominated for ‘Best International Act: Africa Category’ at the BET Awards for the second time running. Before the winner was even announced AKA’s trolls had already started going at him hoping he loses.

AKA’s trolls got the ‘#AKAwinanga’ hashtag trending before Black Coffee was announced as the winner but AKA does not see this as a negative. “I need them to wake up and hate on me. PLEASE HATE ON ME. Wash your ass. Brush your teeth. I’m waiting” the Mega said.

Please hate on me: 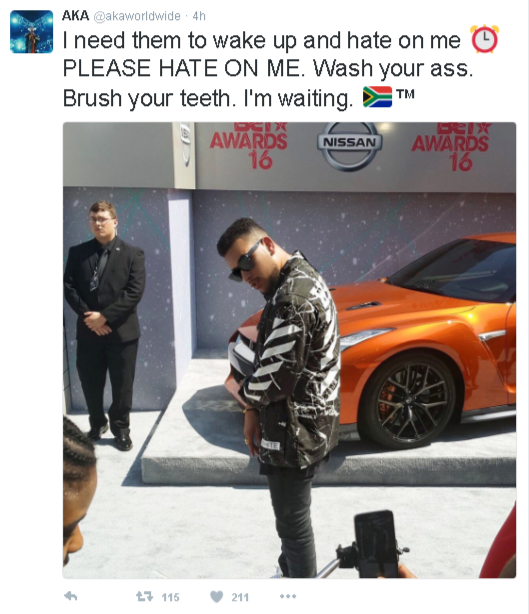