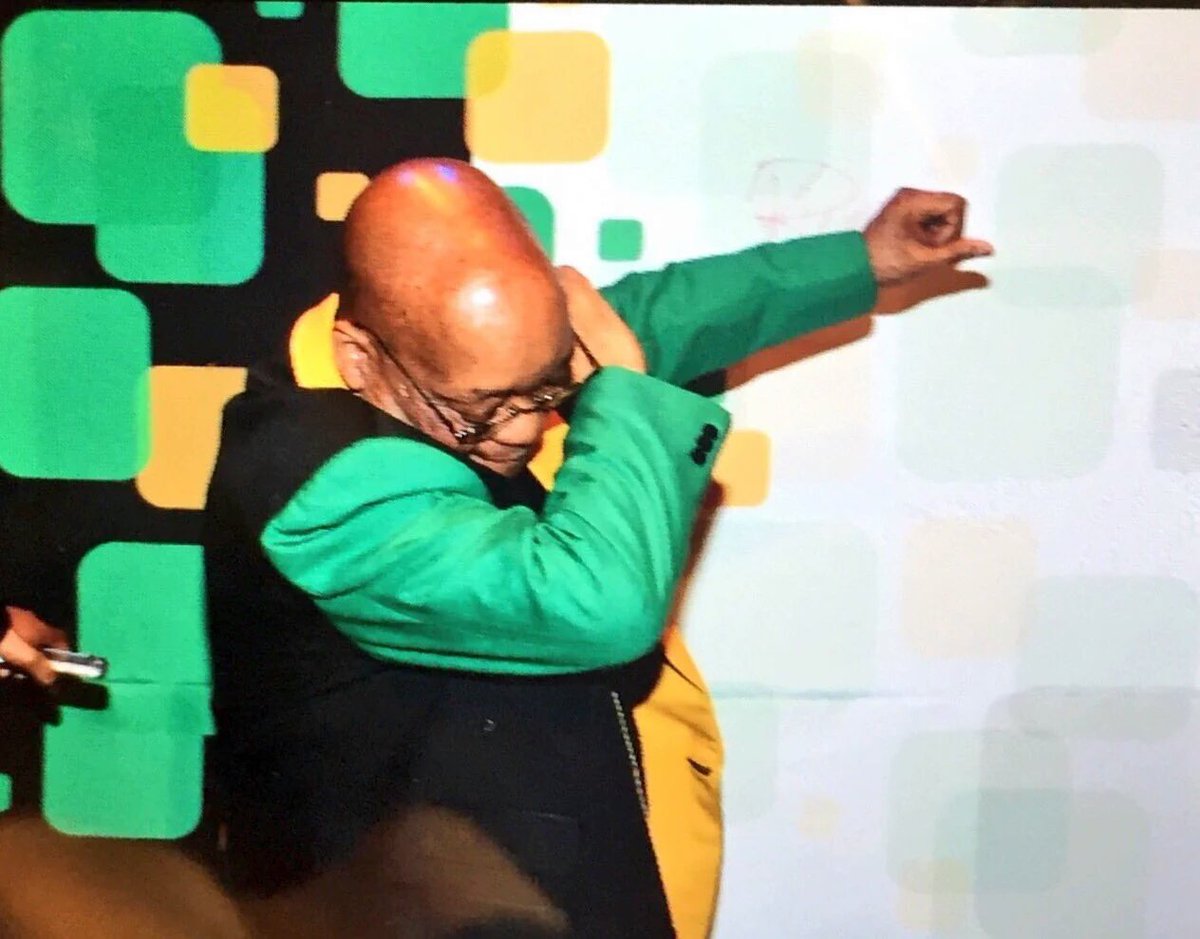 Zuma was speeking at the ANC victory countdown in Johannesburg last night where he was calling out the opposition parties. Jay-Z called the IFP a formerly violent party, he alsosaid the EFF is an angry party and the COPE and the UDM are shrinking parties.

After he was done addressing his opposition, Jacob Zuma decided to pull the dab on them because he knew he had just slayed his speech. Check out how some social media reacted after the new made it’s way to the timeline: 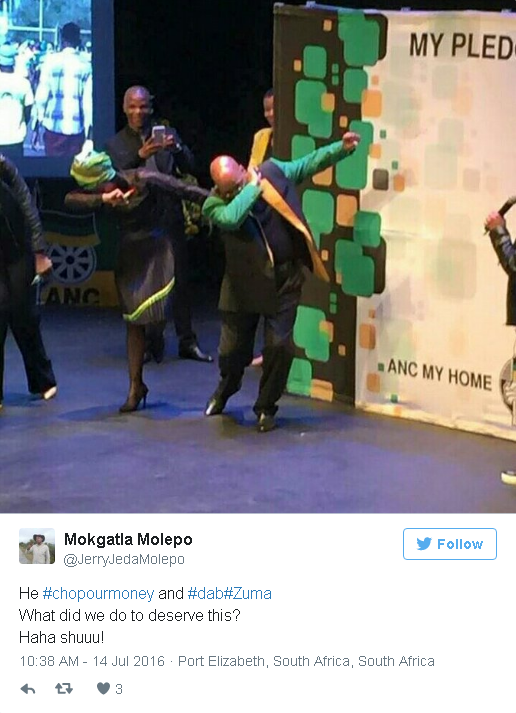 I’m Zuma with the dab: 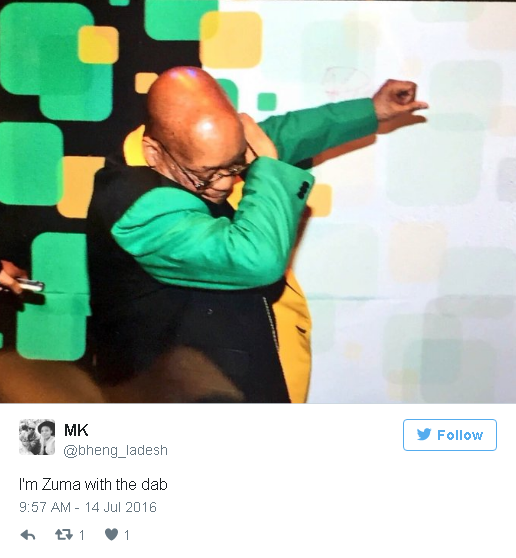 Even Zuma hit the dab: 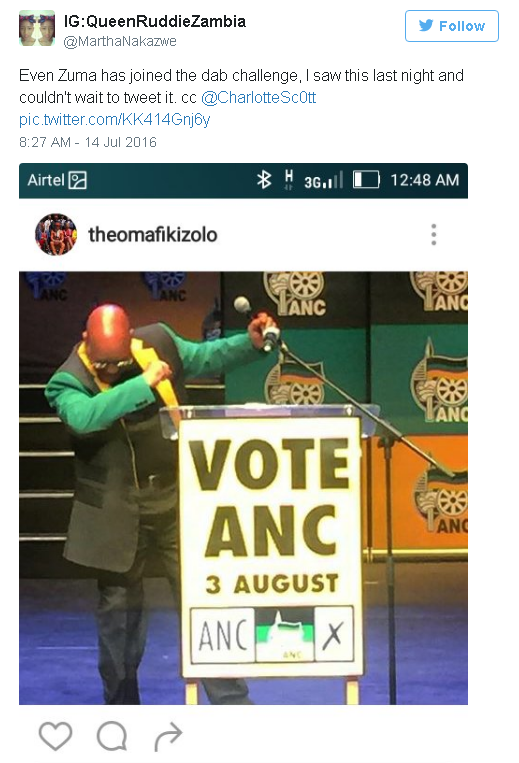