J. Cole now has 6 platinum singles which is a huge accomplishment. It’s understandable why J. Cole hasn’t released a project in nearly two years as fans are still not only gobbling up 2014 Forest Hills Drive, but apparently, still have hits from his other two albums in rotation as well. J. Cole now has six platinum singles as “Crooked Smile” and “Can’t Get Enough” officially passed the one million sales mark, according to Roc Nation and confirmed by the RIAA. 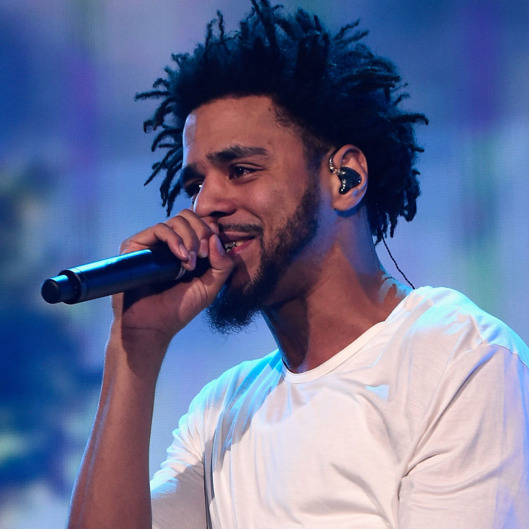 “Crooked Smile” is the inspirational cut from 2013’s Born Sinner where the North Carolina rapper teamed up with TLC to share his journey toward self-acceptance and encouraging others to do the same. “Can’t Get Enough” is the Caribbean-inspired hit from Cole’s debut LP, Cole World: The Sideline Story and features Trey Songz.

Fayetteville’s finest also has platinum plaques recognizing one million sales for “No Role Modelz,” “Power Trip,” “Wet Dreamz” and his breakout single, “Work Out.” And all three of his albums are certified platinum as well.

While Cole has been fairly quiet since the December 2014 drop of his last LP, he did make an appearance on DJ Khaled’s Major Key album with his own track, “Jermaine’s Interlude.” Check out the tweets announcing J. Cole’s new total of six platinum singles below. 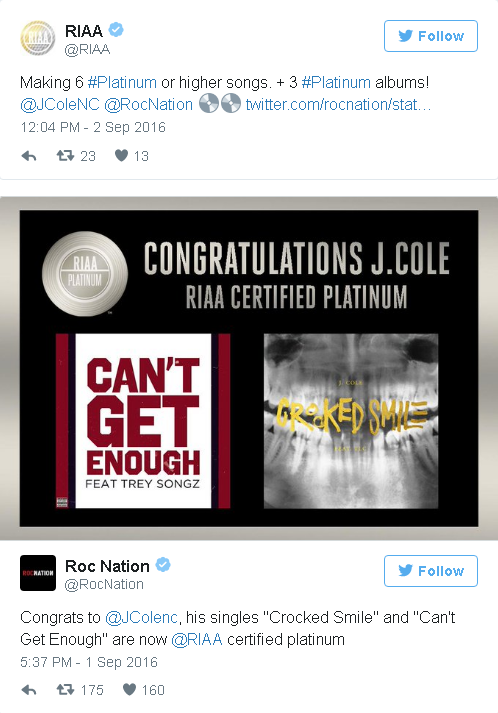