Nasty C Shows Off His New Diamond Chain on social media. The rapper has been in the game for just over a year now and it’s clear that The Jiggy Jigga’s jewelry has a combined cost of over one million Rands. 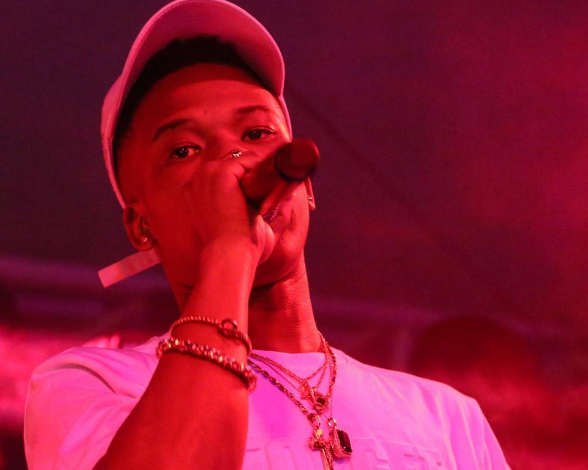 The rapper is said to have the most expensive grill in SA Hip Hop which he paid R105 000 for on discount. Yesterday Nasty C posted a video of a car that looks exactly like Riky Rick’s whip which is estimated to cost R2 million.

The Jiggy Jigga has just posted a video of his new chain which he got from Dr Smiles as a gift. The chain is the umbrella emoji which Nasty has tatted on his arm but with two umbrella handles which I think stand for JJ which is Nasty C’s name!