Watch Okmalumkoolkat, AKA & Riky Rick Vibing To Their New Song. The Smart Mampara has been working on his debut album for a while now and he hopes to release the project before the end of this year. 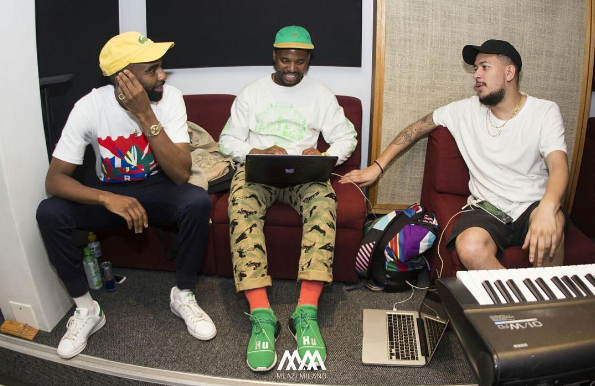 Okmalums had plans to release the album  on the 27th of July which is the day he was born on but later on decided to push it back because he felt like the project was not ready for release. Hommie is clearly a perfectionist.

Okmalumkoolkat has posted videos with Riky Rick and The Supa Mega while they were in studio. It’s clear that the homies are going to be on Mlazi Milano and we can’t wait to hear what they have worked on. Check out the latest video posted by Malums.