Forget Soulja Boy and Chris Brown’s much anticipated upcoming fight, we might be having our own back here at home. Remember how Emtee slammed Cruz Afrika for trying to use him for his own come up? Well, Cruz Afrika proposes a boxing match with Emtee.

The rapper released a song from five years ago featuring Emtee and Emtee wasn’t having it. Now Cruz Afrika says he”l put down R100k to fight Emtee and wants Emtee to do the same. 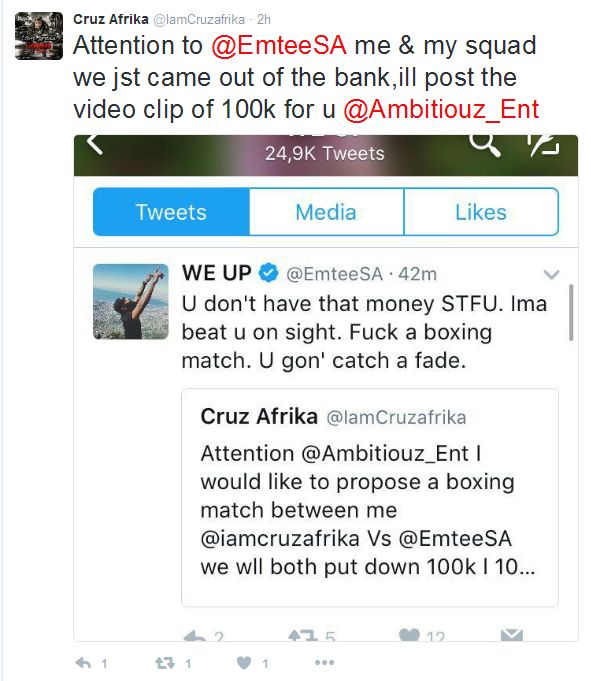 Emtee claims Cruz doesn’t have that amount of money but he’s going to beat his ass anyway.

Although Emtee wants nothing to do with Cruz Afrika, the later claims they go way back and they used to be close until Emtee decided to turn his back on them. Here’s a clip of Cruz Afrika explaining his relationship with Emtee on TollAssMo’s show.

So there you have it @IamCruzafrika has told his side of the story to @TolAssMo. Will we hear from @EmteeSA? #Part1 pic.twitter.com/v5aC0c36wU