Kwesta has been representing South Africa hard this past days as he made it to the hot seat on the acclaimed hip-hop American radio show, Sway in the Morning.  The “Ngud” hitmaker represented SA to the fullest when he slayed his freestyle moment. Social Media has been abuzz since yesterday as many SA Hip Hop fans took to the popular social networks Twitter and Instagram, to give props to the rapper. 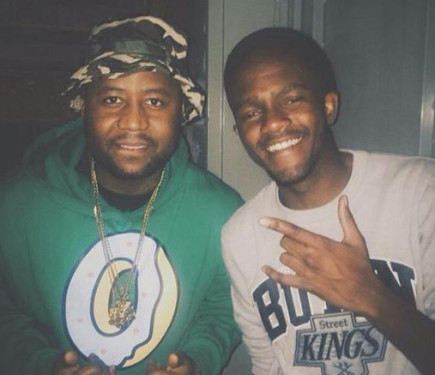 That’s not all, Cassper Nyovest also took to twitter this morning to praise the rapper saying that he murdered his freestyle on the show.

Kwesta has been out of the country for the past few days honouring an invitation to perform at the South by Southwest (SXSW) music and lifestyle festival held in Texas over the past weekend. The Ngud hitmaker is the third SA hip-hop artist, after Cassper and AKA, to be invited as a guest on the show hosted by Sway Calloway.

Last year, Cassper Nyovest and AKA both flew out to the US to flex their rhyming skills on the show to which Sway extended an invitation to other African artist to come showcase their skill on the show.

Watch Kwesta’s freestyle below, in-case you missed it: