OkMalumKoolKat’s past has come back to bite him and it looks like Mzansi is far from letting go of the fact that the rapper served time in an Australian jail after being found guilty of indecent assault and assault with indecent intent. After City Press published an article with a title saying “AKA collaborates with convicted sex offender Okmalumkoolkat on new cover”, fans decided to reached out of social media, sharing their views on whether the publication did right by calling the “Qgi” rapper a “convicted sex offender”. 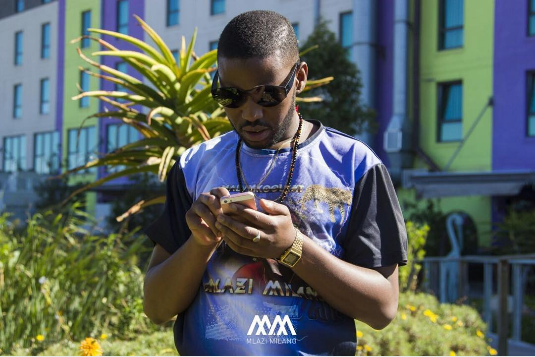 Many fans feel like it was all unnecessary while others applauded City Press for calling a spade a spade and nt beating about the bush.

Check out some of the reactions from fans regarding the issue below: 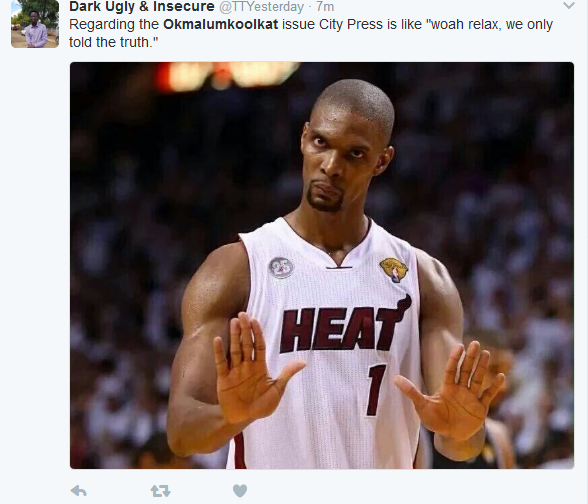 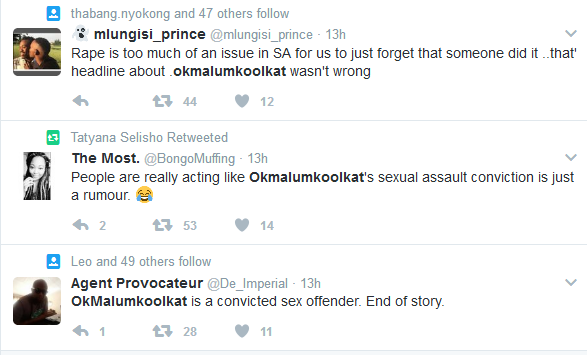 What’s your take on this? Do you think City Press did the right thing by Labelling OkMalumKoolKat ‘A Convicted Sex Offender’ ?