Gemini Major, who recently left Family Tree to start his own record label called Rudebouy Major in partnership with Fresh 2 Def owned by rapper Da L.E.S,  with whom he has collaborated on songs like So High and Lifestyle is already back at work and has announced that he will be dropping his new single “Bando” very soon. 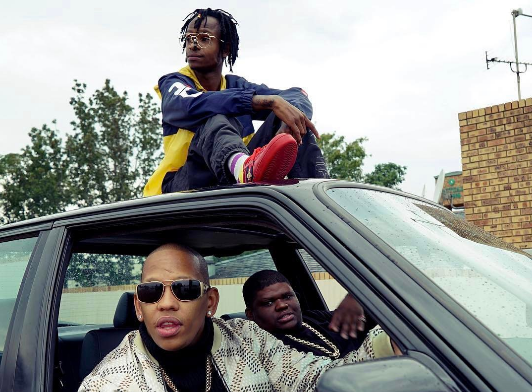 Taking to twitter, the “Raga Ragga” hitmaker let his fans know that the single will be dropping on the 26th March 2017. 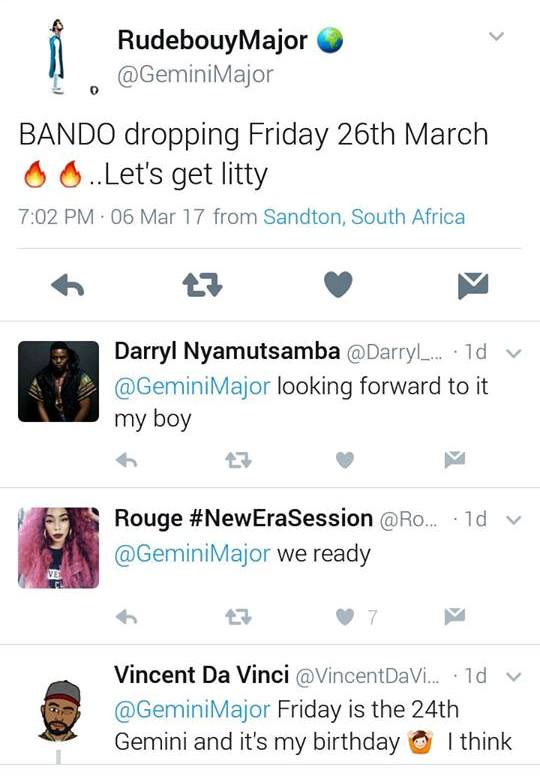 The in-demand producer has been an asset on many of the songs he featured on such as Ragga Ragga and Cassper’s Fever and Skelm.  He also produced Nasty C’s Pressure and Riky Rick’s Sidlukotini.

Gemini Major issued a press statement with the announcement and had nothing bad to say about Cassper or the rest of his stable mates. “It has been a great journey with special memories made and I’m thankful of all the opportunities, but now it’s time to focus on other things and grow as an artist and brand,” Gemini said.