Lil Wayne says he’s part of the Roc Nation family. During a show at Slippery Rock University in Pennsylvania, the New Orleans native told the crowd that he’s a member of Roc Nation.While no other details have yet emerged regarding this mysterious new development, we’re definitely on the edge of our seats to hear more. But has Lil Wayne finally joined the Roc Nation family? 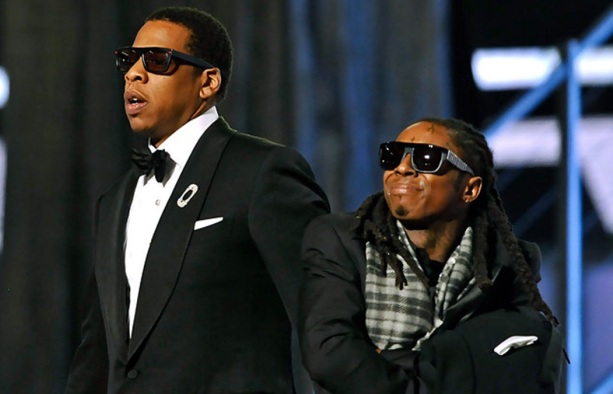 After sharing the news, Wayne put up the Roc’s diamond hand sign before launching back into his performance. Wayne has been contemplating a deal with Jay Z for years, dating back to the days of Roc-A-Fella Records. If Weezy’s words are true, the longtime Cash Money Records artist will finally move to another label for the first time in his career.

Wayne’s announcement may end up being another false alarm. The veteran MC has previously teased a deal with Roc Nation. Back in 2015, the rapper said he signed a deal with Jay Z. As it turned out, Wayne simply secured a partnership with Tidal.

Rumors of Wayne signing with Jay’s label have been circulating for years—even before Roc Nation was launched. In footage taken in 2005, Wayne claims he had left Cash Money to join Jay and Def Jam Records. Of course, we now know his statements weren’t true; however, in light of Wayne’s ongoing legal battle with Cash Money, the move to Jay’s team has seemed more and more possible.

In 2015, Wayne announced at the KMEL Summer Jam he had signed a deal with his “motherfucking idol” Jay Z. People immediately speculated Wayne was officially added to the Roc Nation roster, but it turns out the deal was with Jay’s streaming service Tidal.