AKA  recently made it on the Most Influential People of African Descent. Supa Maga been on his grind for a long time now and he has managed to grow his influence beyond music. The artist has been influencing the youth in so many ways over the years and he has finally been recognized for his efforts. 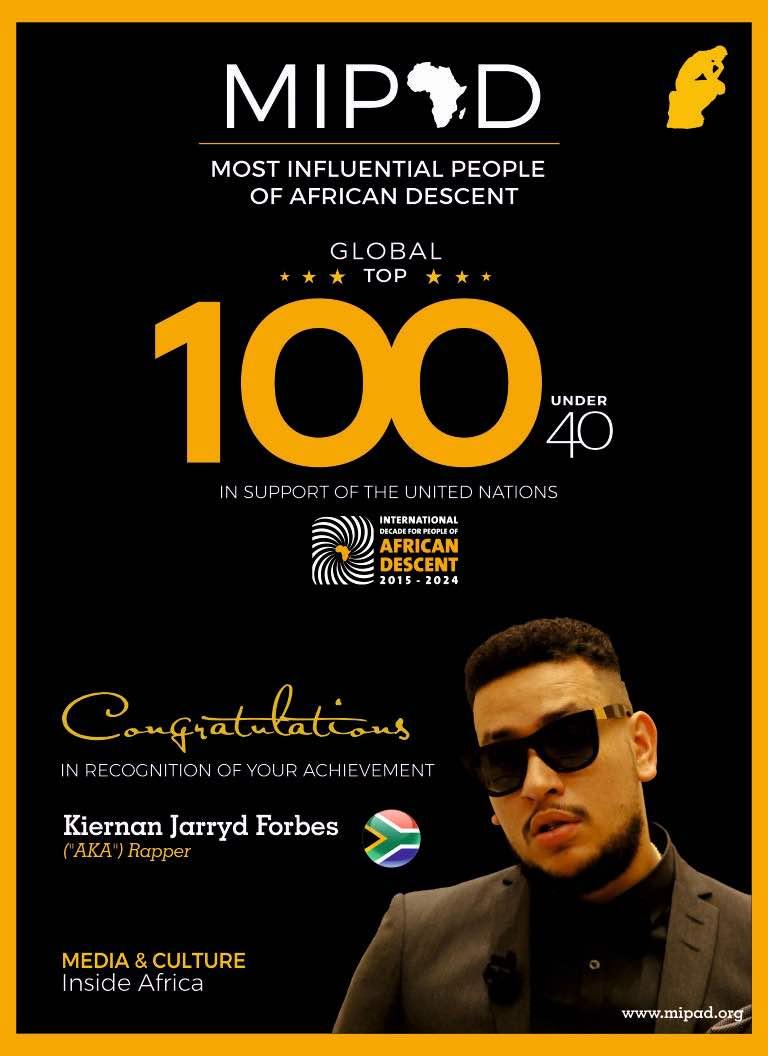 AKA’s social media alone will show you how influential the rapper is but being recognised by this platform is a big deal and is testament to how far AKA has taken his career to date.

“In recognition of the International Decade for People of African Descent, proclaimed by United Nation’s General Assembly resolution 68/237 and to be observed from 2015 to 2024, the Most Influential People of African Descent (MIPAD) 100 identifies high achievers of African descent in public and private sectors from all around the world as a progressive network of relevant actors to join together in the spirit of recognition, justice and development of Africa, it’s people on the continent and across it’s Diaspora” said the Most Influential 100.