Well, surprise, surprise. Not only is iFani the only SA rapper that thinks that Cassper’s song Tito Mboweni is trash, Tumi “Stogie T” Molekane is another rapper who has expressed that he dislikes the single. During an interview with V Entertainment last week, Stogie unapologetic-ally said the song is whack and that he is not the only one who sees that it’s trash.

Although he dissed the track, Stogie T who recently released his hit song ‘By Any Means’ featuring Emtee and Yanga dubbed Cassper Nyovest a genius for putting SHA-SHA in the song.

After Tito Mboweni dropped, iFani voiced his opinion over Cassper’s song, urging the star not to “waste money” on creating a music video for the track.  In another post the star told fans that even though he is a Cassper fan he thinks the song is “trash”. 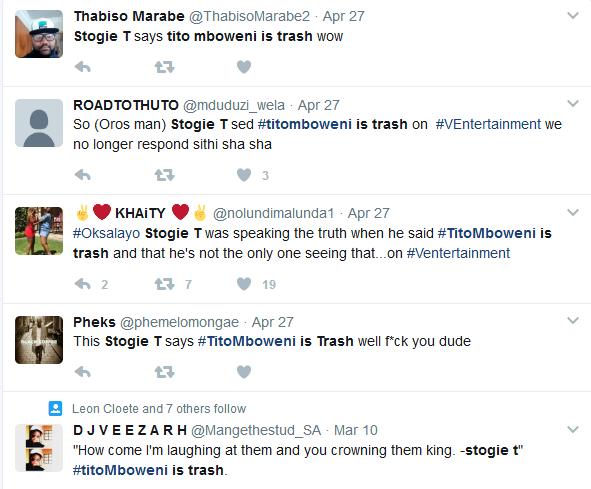 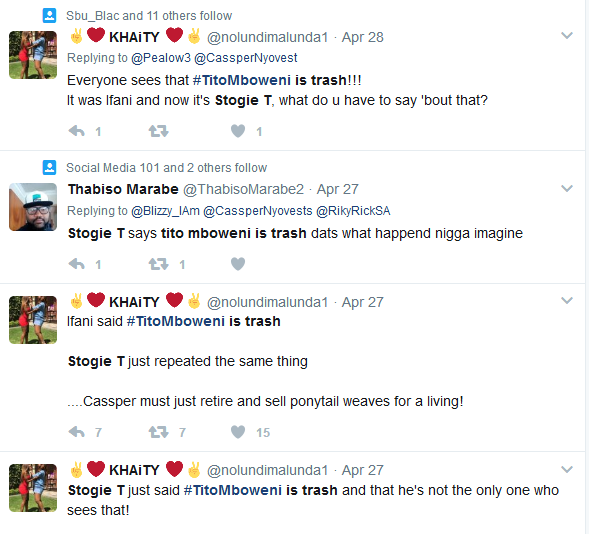 Do you also share the same sentiments with Stogie T and iFani?