SA Hip Hop Fans React To Nadia Nakai’s ‘Naa Mean’ Visuals! The “Naa Mean” Video which came out exclusively on Channel O on Wednesday has been getting a lot of good reviews from SA Hip Hop fans.

Nadia Nakai has been one of the most talked about rappers ever since she released her last album “Money Back”. She has been able to stay relevant in the game ever since with her singles keeping her afloat. Her “Bragga” brand also has an immense impact on her career, giving her an image that her fans admire.

According to Nadia, she is working on a new album which will drop during the year. The rapper has already begun the year on a positive note with her visuals for “Naa Mean” getting support from SA Hip Hop fans and celebrities from as far as Nigeria.  It looks like Nadia Nakai has set to shake the game this year. 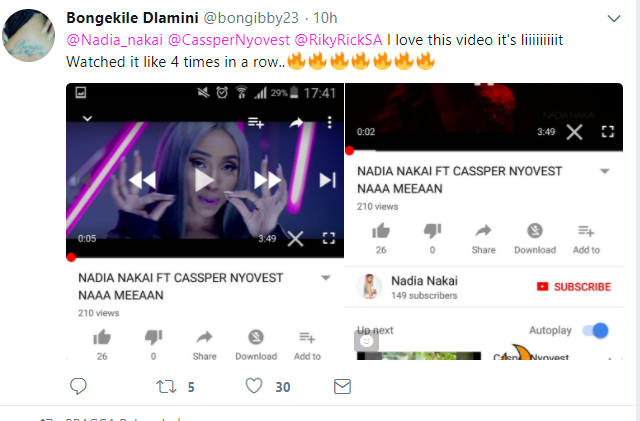 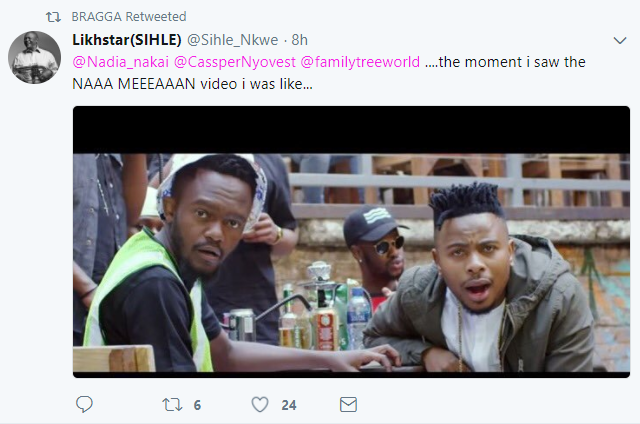 When someone ask me:whose @Nadia_nakai im like wtf idiot are you for real….. Shes the Queen of SA hip hop for God’s Sake….. Naaaaaa Meaaaaaan 💯💯💯💯👊 pic.twitter.com/zNt2H7BmCe