When he finally dropped the first two singles “StarSigns” and “Sweet Fire”, it did not take long for the Supa Mega to take the spotlight. It took both of AKA’s singles less than 24 hours to top the SA iTunes charts after release being. This could be because of the anxiety fans were feeling after such a long time without a solo project from the rapper.

A lot of AKA’s fans really liked the singles, whilst some have different opinions of the tracks. There are some fans who think that “Sweet Fire” is a new version of his hit from last year “Caiphus Song”. Some Hip Hop fans did not think to pay the song any mind. 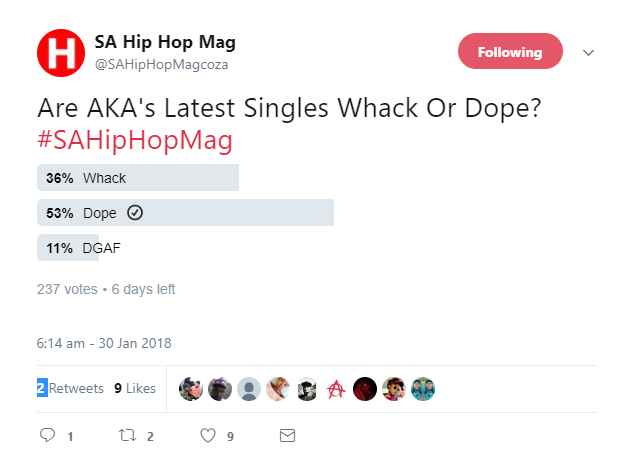 Our support is on steroids 🔥🔥
We ain’t stopping now 🔥🔥 https://t.co/tAVrqukXFG 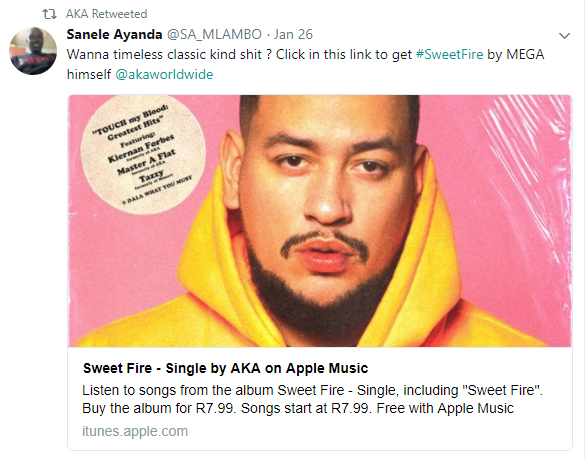 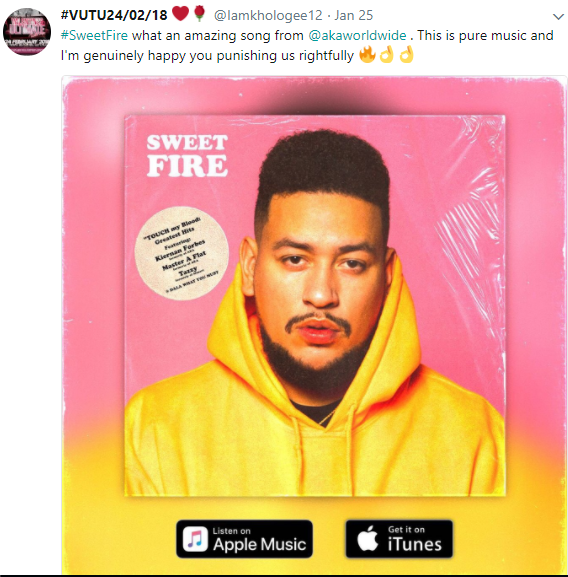