B3nchmarq Looking For A Third Member! B3nchmarq has been one of the most impactful Hip Hop groups in SA Hip Hop with several chart topping songs on their catalog. They have been popular as a duo ever since they broke into the industry.

The Wifey hit makers recently announced that they are currently looking for a third member via social media. They put out a statement calling for rappers to apply themselves to the challenge. They told their contestants on twitter to lace a verse on a certain beat and send it to them.

Become the 3rd Member of @B3nchMarQ & lace your verse on the open parts. Then send it back to us. The Best laced verse gets to FEATURE in the Upcoming WRECKING CREW Project !!!

May The Dope One Win

This means there is a spot open for the worthy rapper who applies to be part of the group. 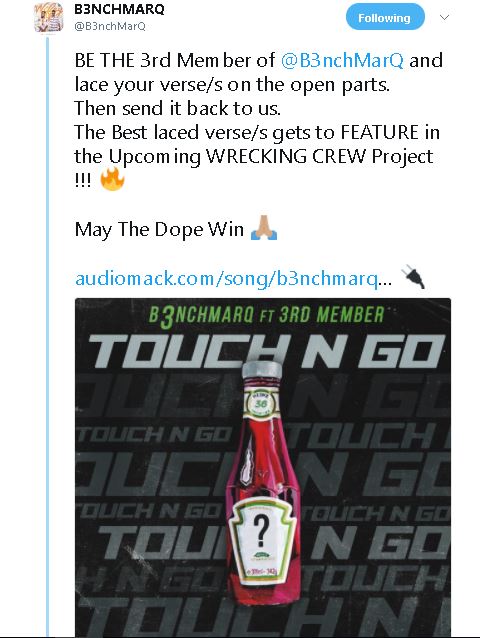