Nasty C Reacts To Burna Boy Saying He Is Now His Fan! There is no telling where Nasty C’s music will take him in this world having broken boundaries at such a young age.

The rapper has been able to gain fans from all over the world despite the fact that he is based in South Africa. Nasty has gained fans in even a number of celebrities locally and internationally and is acquainted with a lot of them.

Burna Boy recently posted on his Instagram story saying that he is now officially a Nasty C fan. This was just after the rappers visit to New York and responded to Burna’s story by reposting it on his own Instagram page with the text “God bless bro”. 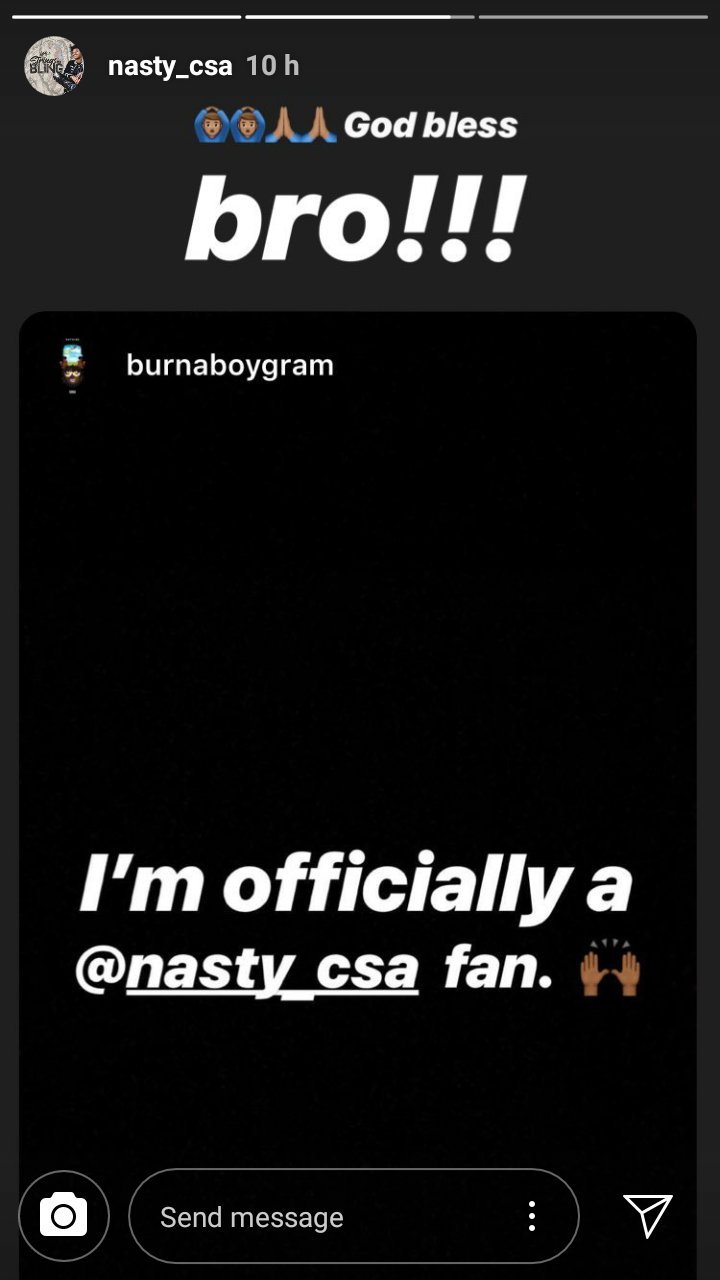