There’s no denying that the rappers have gone through their fair share of experiences that make the song personal to them.

Emtee was having issues with his former record label for quite some time, that resulted in a loss of assets which set his life a step back, it was the same shit different day until he broke the chains and freed himself.

As for Chad he has been working hard to revive his musical career but unfortunately had his personal life steal the spotlight. From images and clips shared on social media it seemed that Chad and songstress and Kelly Khumalo had a peaceful relationship.

But certain things images can never reveal, the two are rumored to have broken up after trying the knot back in April. Presumably, Chad was inspired by a personal experience to rap about the same shit different day.

The music video is as fascinating as the song, the rappers take it all the way from the bedroom to the Township streets. SA Hip Hop Mag will bring to you the full video when it drops, for now have a peak at what you can expect.

Emtee Rubbishes Claims That Someone Wrote Roll Up For Him! 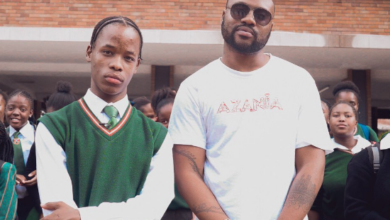