J Molley Teases A New Big Project He Is Working On. Summer time has come and musicians are prepared and ready to give the world what they have been working on throughout the year. J Molley is also in the list of those musicians and has expressed how he can’t wait to gives fans his new music.

J Molley has dropped two singles so far one of them he debuted at the Sway Cyphers 2019 rap. He has one music video already giving fans the feels of his first single Flower Child.

He hasn’t shared a release date and title of the album but has kept fans glued with interest. To put the project together he worked with the likes of Stickxx and theofillus. It seems the rapper put in too much time and effort on this, which means one cam only expect the bets.

“Been mixing my album with @stickx101 & @theofillius_
for the last week and a half everyday all day. It’s sounding amazing 😭🤞🏽 Can’t wait to share it with you guys,” he wrote.

In addition to all that Molley has some new records he is cooking up with The Big Hash and AKA. 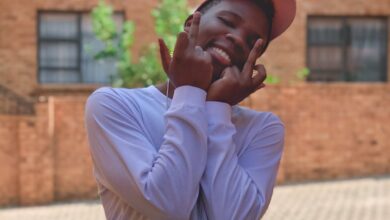