Reason Drops New Single ‘Ngyakthanda’ & Responds To The “Shade” Stogie T Threw At Him. Reason has finally dropped his highly anticipated single titled Ngyakthanda. The single comes after fans have ruled out that Stogie T threw a shade on him for it calling him “talentless”.

Social media has a way of creating and perpetuating beefs amongst people mostly celebrities. When Stogie T posted that he doesn’t expect to see people drop any song about what’s been going on in SA, a number of people assumed he was shading Reason.

“I really don’t want to hear a song about the last couple of days. You are not that talented. Shut up. Sit down and listen. The whole country is speaking. Just listen🙊🙊🙊,” wrote Stogie T.

In response to that Reason said people must stop creating tension between him and Tumi. Something about his tweet gave a sense of mockery.

“Never try create tension between me & Tumi over some tweets. He is clearly talking about someone who is “NOT talented”. And you know that ain’t me 😂.

“P.s my song is NOT about the last couple of days. It’s about LOVE!!! That’s all I’m about right now! LOVE!! Nothing else.” 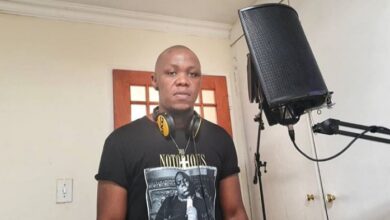