Pics! Kwesta And Wife Yolanda Welcome Second Daughter Named Kenya. One of the most admired couples in SA Hip Hop Kwesta and Yolanda have extended their family with an addition of an adorable baby girl they named Kenya.

When Kwesta first became a parent he expressed how difficult things were but his first daughter Khai actually motivated him to push even harder for success. The second child also served as an inspiration to be the best version of himself.

About the adorable Kenya, the Spirit rapper stated feeling proud of the moment. 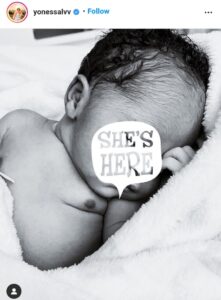 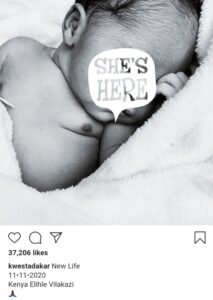 During an interview on TshisaLIVE Kwesta praised his wife for being understanding about his busy life as a rapper, and shared his concerns about missing moments with his daughter.

“It feels terrible to not be home to tuck her in, but I call and say  I won’t make it home in time to say goodnight. Just last night, I got lost in the moment making music and I didn’t say goodnight. It’s a bad feeling to not be there, to miss those moments.”