Focalistic Shares How He Feels About Having Davido On Ke Star Remix! Focalistic has certainly turned heads with his charm and swagger and continues to win people over with his amazing music. The Vrr Phaa hitmaker has recently come back from a successful tour over South African boarders.

Focalistic recently took to social media to announce the remix of his hit song Ke Star featuring African superstar Davido. The song is set to be released on the 19th of February 2021.

Focalistic respectfully replied and said that it hasn’t sunk in for him yet and he even announced that the music video for the remix has already been shot!

“It hasn’t brother! Damn, I’m just so excited for Friday to drop the song!! Already shot the music video so everything is just super exciting for me #KeStarRemix“

Focalisic had quite the time whilst in Nigeria and Kenya and even hung out with the who’s who of music. The Ke Star hitmaker’s fan base has grown exponentially as seen in the videos he shared on social media performing tracks that fans sing back to him word for word.

Focalistic also spent some time with Award winning Nigerian artist D’Banj and even rocked out to Ke Star whilst in a Rolls Royce. He shared that moment and said that his dream has come true.

The MTV Base Hottest MC for 2020 also teased an unreleased track while out of South Africa but is yet to announce anything about releasing new music as he released his debut album Sghubu Ses Excellent.

Fans should keep an eye on Focalistic’s social media for the release of the Ke Star remix featuring Davido! 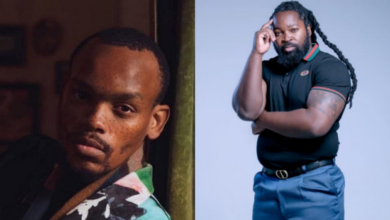