25K Bags A Deal With Sony Music Entertainment! 25K came into SA Hip Hop guns blazing with his single Culture Vulture. He even scored a remix for the single with AKA and Emtee and left fans wanting more of his music. The rapper has been teasing fans about an album that is to drop soon and SA Hip Hop can’t wait to see what the rapper has in store.

The 018’s Finest Remix collaborator recently took to his Instagram page to share amazing news with his fans that he has signed with Sony Music Entertainment. In the post he mentions that after teasing his album for months, his deal with Sony has finally happened. He thanked all the stakeholders that were involved in making the deal a reality.

“After months of teasing my debut album curated by Zoocci Coke Dope. I’m excited to announce my joint venture partnership with SMEA. It’s always good to work with a team that understands your vision. Thankful for PiFF Audio putting together such a masterpiece & Tailor Made Legal Solutions for making sure the business aspect of the music is well taken care of. Exciting times ahead. 25K is here to stay & Pheli Makaveli is the living testament. A classic SA Hip-Hop Album in the making.”

The Ghetto Angels rapper recently announced that his album Pheli Makaveli will be available for Pre Order on the 11th of June 2021. He also released the album cover that fans raved over after it’s release. He has not released the official track list for the album but the expectations for the project are high. The project will be 25K’s debut album.

Through the years, the rapper has collaborated with some of SA Hip Hop’s biggest names including DJ Sliqe, Focalistic, Costa Titch, Maglera Doe Boy, Zingah and his album’s producer Zoocci Coke Dope. 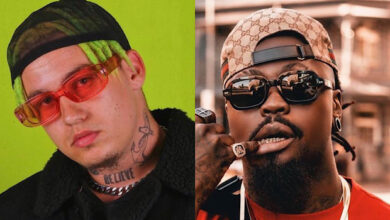