Zoocci Coke Dope Should Curate Everyone’s Albums. The wait for 25k’s Pheli Makaveli album curated by Zoocci Coke Dope has got a lot of traction after the release of its intro and Hustler’s Prayer featuring TheBoyDoingThings, A-Reece. Many tweets are behind the fact that Zoocci Coke Dope would help alot if alot of SA Hiphop albums were curated by him.

There’s an unending list of how much Zoocci Coke Dope contributed alot in the industry given the fact that his talent behind the knobs made him work with artists such a Ginger Trill, Moozlie, YoungstaCpt, Die Mondez, Flvme and Stogie T to name a few. His collaborative work with Die Mondez, South African Rapper who is now under Zoocci’s Piff Audio stable on Die Dope in 2019 has set the record on what he is capable in terms of engineering, mixing, producing, rapping and singing.

Everything he touches turns into gold, literally. He is also known for playing a significant part in A-Reece and Flvme’s The Wrecking Crew (TWC) Era, especially from the From Me To You and Only You, Reece project to Flvme’s Clouds Ep. Zoocci has had hit songs such as Sweet Revenge All Night Long, Show Up and Pour Up building to that Era and has worked with Flvme on the Do Not Disturb joint Ep, another album that has solidified the importance of The Dealer’s presence in a lengthy project.

The rapper who claims to make hits even when he’s bored has become a watcher, looking at how the OG’s and The New Wave orchestrate their albums and sometimes gets to cringe whenever an artist doesn’t really set the bar high for him. Ever since his Anxiety Album, Zoocci has become unstoppable and has showed how SA Hiphop should structure a full project from features, storytelling and production.

Now that he has given a lot to the industry, we have seen him mentor alot of artists like Blxckie and Lucasraps on their unreleased work.It would be a cultural reset if Zoocci gets a chance to curate everyone’s project since he doesn’t get alot of flowers for what he does but has helped artists like Flvme and YoungstaCpt get their SAHHA awards. He has also helped other artists get nominated from the work he produced behind the scenes mixing and Mastering for them as they get ready to feed the fans. 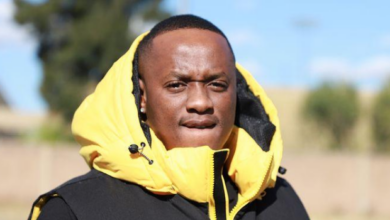 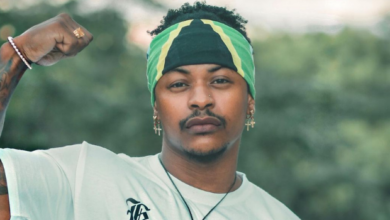