Nadia Nakai Reacts To ‘Naaa Meaan’ Reaching Gold Status. Nadia Nakai stays winning! It’s hard to think of Nadia Nakai and not think of her saying Naaa Meaan, her collaboration with Cassper Nyovest is one of Nadia’s biggest tracks and it’s one that put the spotlight on the female rapper. When Nadia Nakai dropped the song, she went all out for the visuals and many fans were found reciting the lyrics for the popular song. Three years later, the song is still trending and winning.

Bragga has reason to celebrate as one of her popular songs has been certified Gold status. Naa Meaan has finally been certified, granting Nadia another Gold plaque to add to her growing collection. Nadia took to social media to celebrate the song’s milestone with her fans and followers. In her announcement, Nadia posted a picture of herself with her Gold plaque and thanked her fans for streaming the record and also gave a shoutout to Cassper Nyovest and Bash Vision for their contribution to the song.

Cassper and Bash both have writing credits on the song, along with Nadia. The track was produced by Takunda Muusha. In her post, Nadia said that while this is not her first Gold plaque but it means just as much to her. “PULL UP WITH A GOLD STATUS!!!! Naaaa meeean is GOLD yall!!!! Thank u so much to everyone who streamed my song!!!
It’s so crazy that it’s not my first GOLD! But means just as much!!!! Naaaa meeean! Thank you @casspernyovest @bashvision,” wrote Nadia.

The record was released under Nadia’s former label Family Tree, Nadia announced that she had left the label earlier this year. “No, I’m not still with the tree, I’m working on my own record label at the moment. It is very tricky cause when I had the conversation with Cass I was so scared to talk to him, I was like, ‘listen, I need to do my own thing, I could feel like he was sad,” Nadia revealed during an interview with Slikour. Nadia may no longer be signed to Cassper’s label but the two rappers are still on good terms. Nadia tagging Cassper in her post is a clear sign that she will always be eternally grateful to him. Fans had speculated that things are tense between the rappers, who have released 5 collaborations together. Nadia responded to the claims on Twitter and revealed that Cassper and her are good. Mufasa also shared the same sentiments. “Nah but she left the label and we no longer work together so naturally we won’t hang as much. She’s got a new team and I’m sure she’ll be good cause she always did her own thing anyway,” tweeted Cassper. 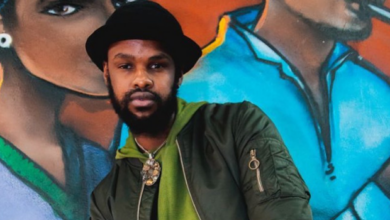