Big Xhosa Offers To ‘Teach’ Kendrick Lamar The Art Of Rap. Kendrick Lamar has made headlines a couple of days ago after he released his fifth album Mr Morale & The Big Steppers. This is the US rapper’s full-length album since DAMN in 2017. The recent project has received different reactions from most of his fans around the world.

Big Xhosa has emerged to be one of the SA rappers to give his reaction to the highly anticipated hip hop project. Taking to Twitter, Big Xhosa responded to Kendrick Lamar offering to teach him how to rap. The Amasende chanter expressed displeasure to the US rapper for saying the same thing in his music for the past 5 years.

Big Xhosa also stated that Young Thug who is Kendrick Lamar’s competitor in US rap is better than him. “Kendrick Lamar, I can teach you how to rap. Over the past 5 years, you have been saying the same thing over and over again. I don’t think this is the time for you to drop an album. Sit down and master the truly skill of rap. Young Thug raps better than you. I’m from Africa.” Tweeted Big Xhosa.

Big Xhosa has been gaining a reputation for calling out artists in the game. Recently, the iVaccine rapper vowed to dethrone Drake in the next two years. “Give me 2 years I’ll be bigger than Drake,” he wrote. 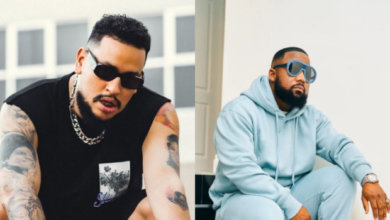