SA Rappers Nominated For The #SAMAs28. The 28th South African Music Awards (SAMAs) Record of the Year (ROTY), Music Video of the Year (MVOTY), and SAMPRA Artist of the Year (AOTY) categories were announced on Friday.

For this year’s SAMAs 5 SA rappers have made it to the list of nominations in different award categories with A-Reece and Emtee competing for the Artist Of The Year award. Here is a look at the SA rappers who have made it on the SAMAs28 nomination list.

Following his claims that he is the best rapper in Africa, A-Reece seems to be on the verge of proving to the world that he is the best. The Paradise hitmaker made has been nominated for the Artist Of The Year at the forthcoming SAMAs. The Pretoria based rapper has made waves with his recent project The Burning Tree.

Emtee will go head to head with his former record label colleague for the SAMAs Artist Of The Year Following his departure from Ambitiouz Entertainment, Emtee has become the boss of his own record label Emtee Records and he released his first album, Logan, under the label. The Hustler has also managed to sign his first artist Lolli Native who is yet to release his debut album under Emtee Records.

If Nasty C wins Record Of The Year at the SAMAs, the success of his just-ended Ivyson Army Tour will become even more appealing. Nasty C was featured by American singer Ari Lennox on his track Black and White. The song will face fierce competition from the likes of Master KG Shine Your Light featuring Akon and Elaine’s Right Now.

Big Zulu keeps on making a name for himself following the success of Imali Eningi. The rapper has once again made it to yet another award nomination after he scooped 7 awards at the SA Hip Hop Awards. The rapper has bagged a SAMAs nomination for the Best Music Video Award for Umuzi eSandton featuring  Lwah Ndlunkulu.

Following the nasty backlash with his record label Ambitiouz Entertainment, Intaba Yase Dubai still managed to get a SAMAs nomination. The rapper will face off against Big Zulu for the Video Of The Year for his song S’bali. The rapper has accused the latter of robbing him of his royalties for the KFC deal and Imali Eningi. 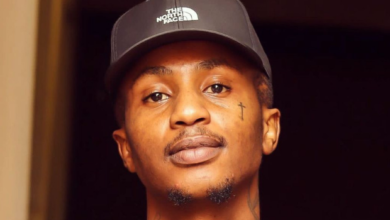