The qualities of what makes a great rapper has always been a highly debated one. The reason why hip-hop heads around the continent have been arguing who the better rapper between Cassper and AKA is they are both great rappers but there are countless ways to qualify what makes a rapper great. 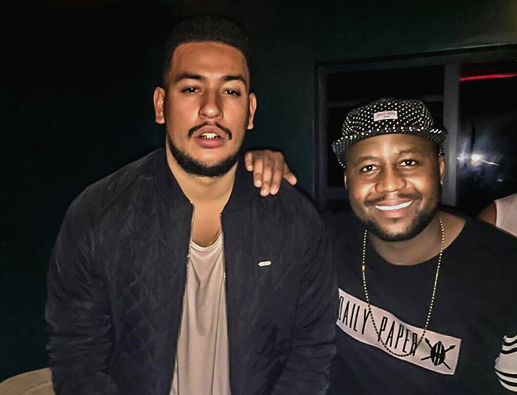 Who is A Better Rapper/ Artist AKA vs Cassper?

This goes hand in hand with body of work. There are many rappers who have been around since the early days of hip-hop still lingering around. The problem is, they’re not relevant and no one really cares what they’re up to.

AKA got into the game in 2011 and has been on top of the game since then. AKA played a huge role in SA Hip Hop being appreciated on the continent. Nobody can doubt the man’s consistency and this is something that Cassper can only prove over time.

Commercial success is not a subject people get to argue about because the numbers speak for themselves. Cassper Nyovest made history with Tsholofelo because it was bought like no other album had been bought before.

Clearly Nyovest has seen more commercial success than AKA.

AKA’s music is authentic and when you listen to Levels you will realise that a lot of the music is House music fused with Hip Hop. On the other hand Cassper knows how to ride trends and elevate them to the next level. For example Doc Shebeleza is a trap song and everyone was making trap last year but Nyovest did it in a way that nobody else had done it. Another great example would be Mama I Made It where everyone knows the song was inspired by Drake but again, he did it well.

One of the holy grails of a rapper’s skill set. There aren’t many rappers out there who can incorporate storytelling in their rapping to an exceptional level, but the ones who can are forever engrained in hip-hop history.

After hearing AKA on songs like Mistakes and Sim Dope you will be convinced by his story telling abilities but we are yet to get some solid story telling from Cassper.

Another important yet underrated category. The definition of MC is masters of Ceremonies, or as Rakim says, move the crowd. Both rappers have really good energetic performances but Cassper’s music just makes the crowd go wild because of it’s turn up nature everyone will easily sing along, even to new songs while he pulls some sick dance moves.

Cassper Nyovest is the better MC of the two

AKA has achieved so much for SA music as a whole and he is a couple records away from being considered a legend but Cassper Nyovest has a bigger buzz than him in SA. English rap is only starting to be widely celebrated now because of rappers like AKA but the fact that Cassper is a vernac rapper, Motswako to be exact and this gives him an advantage when it comes to appealing to the hood.

Cassper Nyovest has a bigger buzz than AKA in SA

It is clear that AKA has more influence outside SA

The industry has grown to a point where artists are now afforded endorsements they could only dream about 5 years ago. AKA has a new Hunters ad which he features in and Cassper has a new KFC ad which he says is the biggest deal of his career. Cassper declined a deal he was offered by BMW and recently said he declined the Hunters ad that AKA got which offered him a million Rands. AKA is also the Head Hancho brand ambassador where he has an AKA line. AKA also had several deals last year including the 8ta ad which he features in.

It seems AKA has more endorsements

Both rappers have made a huge impact but the difference is one has done it over a long period of time and the other in such a short space of time. Cassper Nyovest has done and won almost all the awards that AKA has won in his whole career. Cassper has 24 awards against AKA who has 26 and this is reflective of how they both have made a huge impact but Cassper’s is way more concentrated.

Cassper Nyovest has made a bigger impact than AKA.

After 5 years in the industry AKA has won himself 26 awards and is currently nominated for 2 more award shows. Cassper can in last year when he dropped Tsholofelo and he already has 24 awards. Cassper Nyovest has managed to catch up to AKA in a short space of time.