On AKA’s recent interview with Scoop Makhathini, he mentioned how his show was a lot more musical because he started working with musicians when he was working on LEVELS and this is about the same time he met Master A Flat. We managed to sit down with the talented musician and Music Director about his career and future plans: 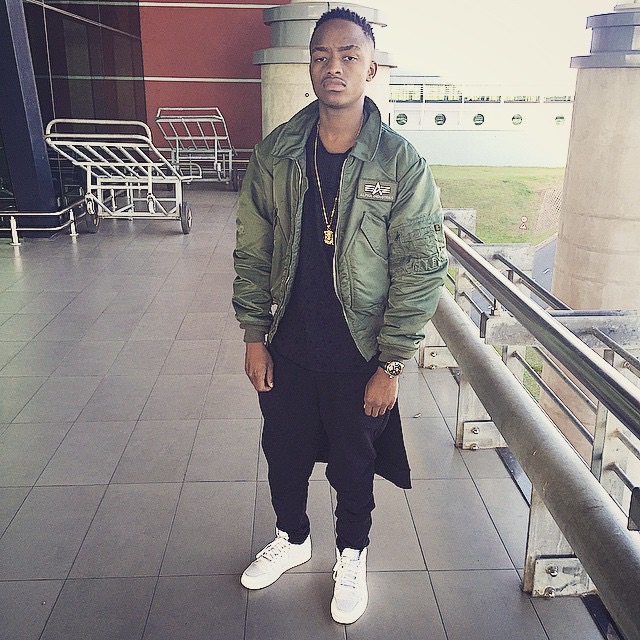 When did you get into music?

Started 8 years ago when I learned how to play the Piano. My dad’s a pastor so it all started in church.

How did the name Master A Flat come about?

A flat (Ab) is the 1st key I learnt/“mastered” . A lot of well experienced musicians used to ask me why I always played in that key.. and my answer was… “Cause I’m Master A Flat Gaddamit”

Where do you draw your inspiration from?

I’d be lying if I told you I have this one specific thing I go to for inspiration..  I’m fortunate to be on stage almost every week and I get to see what the music does to the people, that just inspires me to create music every chance I get because sometimes it feels like we giving people Life.

When did you know you wanted to be a music producer?

Its always been at the back of my mind… I first learnt how to play piano right?! But always wanted to know how these songs im playing are created..… When I Finnished high school, I started spending a lot of time with a cousin of mine Known as Tazzy( member of Muzart. He also produced AKA’s Congratulate).. who introduced me to production.

How did you meet AKA?

Met AKA through JR, who I met through Sticky..  JR had just finished working on COOL FOREVER, so he’d come around the stu a lot… he told Kiernan about this mad skilled kid ‘ Master A Flat ’ ….Kiernan was looking for some musicians to work on his Album LEVELS… Here’s a crazy side bar: My 1st session at Sticktainment, a few weeks before I met Kiernan.. me and sticky was messing around he accidentally opened a very “Top Secret” song he was working on… I said yo “this is what I’m tryna work on” … sticky said “we’ll see if it’ll work, the song belongs to a very difficult artist, who’s very peculiar in what he wants”….. a week later I got called back for a session to work on the “top secret” song which would later be known as KONTROL Ft. Da.L.E.S

Were you always a music director ?

Not really, but its something I’ve been doing at church, just didn’t know what it was yet.

What motivated you to get in this side of the music business?

Big Sean concert.. I had been playing with Kiernan for a few months.. he decided to fire his MD, appointed me as MD. Come day of the show I didn’t have the show ready we fought… he said to me.. “okay, here’s what you gonna do. You just gon’ play keys. When I say play you play. That’s all you gon’ do.. okay?”  … saddest day of my life… he gave me a second chance… Today he has one of the best Live performances in the country, if not The Best.

Was there a song or artist in particular that inspired you to be a producer?

What’s your favorite record on Levels and why?

Which artists are you currently working with?

AKA, might do some work for JR’s album… Tweezy and I have also been working on a Yanga and Dj Sliq joint.

What are your thoughts on the current state of the game?

Its beautiful.. beautiful music coming out, a lot of new incredibly talented artists……. I’m just worried about the sound… and this has been said a billion times.. We need to find our own distinctive sound that we can sell to the world ASAP.

Given the opportunity which one rapper would you love to produce for?

I see myself running the biggest production hub, making music for TV, Award shows,  scoring Movies….. A production house with ALL THE ANSWERS. 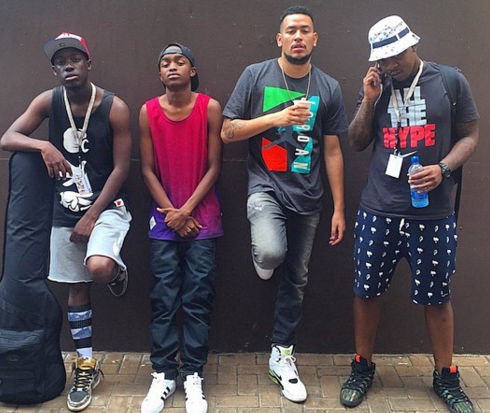 Top 5 songs on your playlist?

What do you look for in a woman?

What do you do for fun?

Chill/go out with the homies…

Any words of wisdom to up and coming musicians?

DREAM….. Dreams really come true.. EXACTLY the way you’ve envisioned them ….  and while you wait for that to happen, perfect your skill.