Nasty C has explained the accident that almost took his life to Sandile from MTV Base. The Jiggy Jigga was almost taken away from us this last week through a car accident. The rapper was involved in an accident and the car spun a couple of times, luckily it went into a ditch and not into the other lane which had on coming traffic. 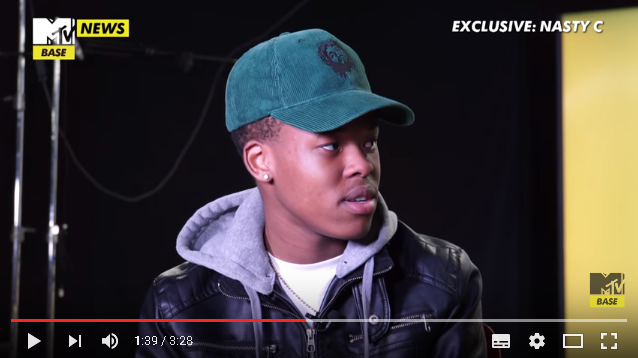 The Jiggy Jigga had four giggs in one night but they did not even make it to the first one because of the tragedy. The driver that hit them was in an ambulance for a while which means the accident was pretty bad.

“We were on our way to our first gig. We had a bunch of giggs I think we had four. We had 2 giggs in Joburg and we were still going to drive to Durban. It all ended early, we didn’t even get to the first gigg. I had my earphones so obviously, I didn’t see the bang but I felt the impact on my body. The car spun around a bit and went straight into a ditch” the rapper explained.