The 23rd SAMA Awards Nominees have been announced. Most notably Nasty C has two of his videos Don’t Do It and Good Girls running for Best Music Video of the Year. Other artists which are also nominated in the category are Khuli Chana, Miss Pru and Reason. Things immediately got testy when the nominees in The Best Music Video of the Year were announced.

Apparently, there seems to be some controversy over Nasty c’s video nominations as they fall outside SAMA 23 General Rules. Could this be another case of bought awards? Did Mabala Noise manipulate the nominations?

THE SAMA 23 GENERAL RULES STATE THAT:

The problem is Nasty C’s Good Girls and Don’t Do It videos were dropped  last month way past the SAMA rules duration period ( March 17th). See below: 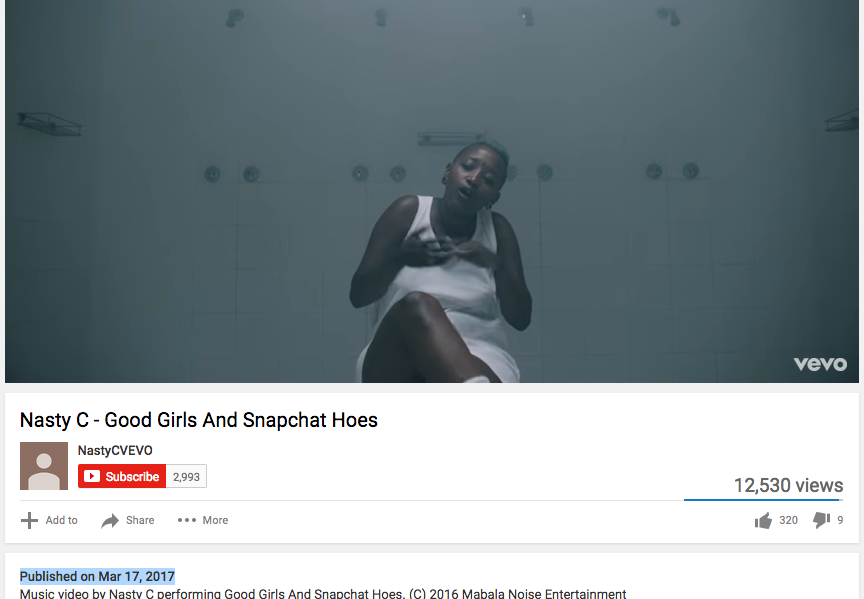 Rapper and sa hip hop advocate, Rashid Kay who is known for his SA Hip Hop Awards and Back 2 The City contributions also took to twitter to highlight his displeasure with SAMA nominations,  See below: 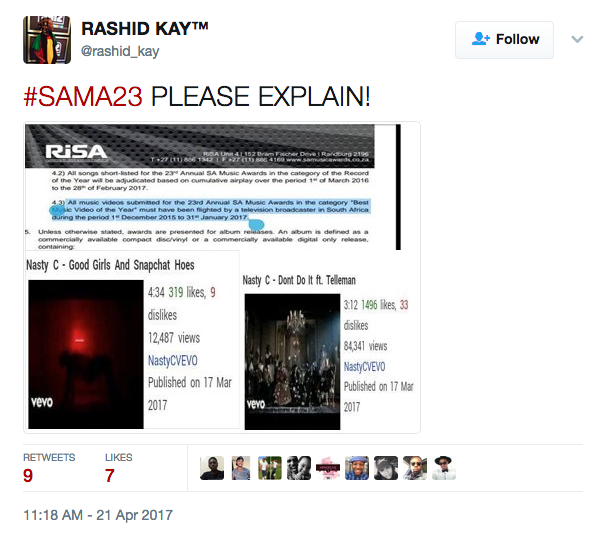 Nasty recently had to defend his Metro FM song of the year award over allegations that the award was ‘bought’ Do you think this is another case of ‘Bought Awards’ ?