Nasty C becomes 1st African artist to have Shazam exclusive playlist. Nasty C is a man on a mission and he stays proving that he is not one to mess with by constantly surpassing his own achievements.

The rapper recently celebrated a major milestone when he signed to the American recording label Def Jam records and now he has yet another reason to celebrate. Clearly there is no stopping the young rapper as he has now made history by becoming the 1st African artist to have an exclusive playlist on the music app Shazam.

The rapper mentioned that he has selected all the songs that will be added to the playlist including his most recent single titled There they go which is taken of his third album titled ‘Zulu Man With Some Power’, simply because he feels as though this is a feel good song that will definitely get the people going.

Nasty C mentioned that the songs that he has selected are his go-to songs for any and every occasion whether it be a road trip with his homies or for just random turn-up vibes.

Fans have expressed their pride in the young rapper who is representing the whole of Mzansi as well as the continent in his own right. Fans have swarmed to the rappers timeline to celebrate the news saying that this is a big deal for Nasty because many have tried to make it on to an international platform but have been unsuccessful in their attempts.

Congratulations are definitely in order and we hope it’s only onwards and upwards for the young hip hop star.

EXCLUSIVE @SHAZAM PLAYLIST ON @APPLEMUISC! Link in my Story!!! 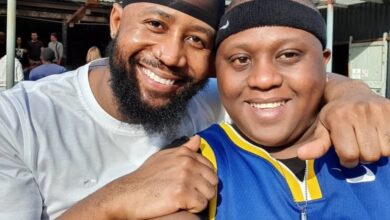