Tshego Admits He Wanted To Join The Illuminati. Rap is frequently defined by its obsession with money, power, and influence. But what is the source of hip-hop’s obsession with the Illuminati? In SA hip hop many artists have been accused of joining the so-called Illuminati cult to enhance their fame, but some have come through and denied the allegations.

During the interview on ESAM Podcast, the subject of the Illuminati was brought up in the conversation by Rea Gopane directed to the rapper Tshego. Tshego revealed that he and his friends wanted to join the cult when they heard that it will give them instant riches and fame. He stated that he has been hearing about it but he couldn’t find it.

“I’ve been hearing about these things since and I’ve been trying to look for it,” he said. “There is a point where me and my boys we were like n**gas if this sh*t exist let’s do it,” he added. Tshego further mentioned that they went ahead and look for it but they then discovered that it’s all about different societies with rich people not how people put it out there.

“The far I’ve gotten is just like different societies just a bunch of rich people who come together just like networks, you know networks, private networks but nothing like you do this now you get rich tomorrow,” said Tshego.

Responding to why he was looking for the Illuminati, the rapper admitted that he wanted the one that will give him instant riches. “I wanted that one you do this now and get rich tomorrow that’s the illuminati I want” he explained.

Tshego is a massive player in SA hip hop and he has released many hit songs, from Hennesy, Garden and Choppin.’ The rapper has worked under Family Tree Records but he has left as he sought to be an independent artist. 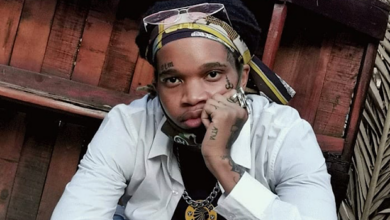