AKA is set to make his US television debut on the famous 106 & Park. It’s clear that SA Hip Hop has made it onto the main stage and AKA has been the face of the genre for the last 5-years. The Supa Mega has been topping charts in Africa for a hot minute and now it’s clear that he wants to get us onto the world stage. 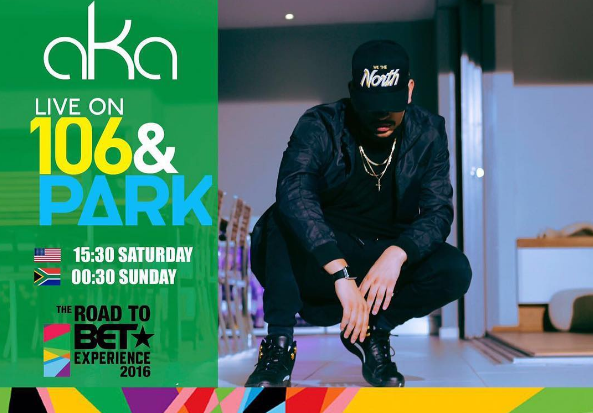 AKA is in L.A for the BET Awards where he is nominated in the Best International: Africa category. The fans have been comparing AKA’s achievements to other artists but it’s clear that the homie stays on the move and he is about to break new grounds.

The Supa Mega is set to make an appearance on the world famous 106 & Park show tomorrow. AKA is going to be interviewed at 14:30 USA time but it will be midnight in South Africa so make sure you tune in.