DJ Sliqe has released his debut album’s official tracklist and it’s looking like another fire album. The award winning DJ released his latest single featuring AKA, JR and Yanga sometime last week and it’s been buzzing since.

“The idea was not to pack the album with stars, but to use a formula that exploits the artists’ true qualities which is sustainable within the genre. I have incorporated colleagues that I know love their craft and are ground-breakers” said Sliqe about his upcoming album.

“It cannot always be about [the] club scene because I feel it is important to deliberate on current youth issues and play my role as an agent of change.” he explained. The Injayam Vol. 1 album is scheduled to drop on the 14th of October. 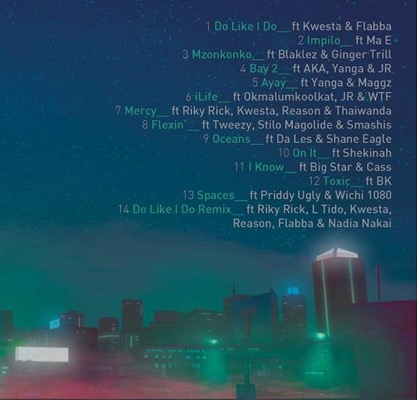