It’s on, it’s getting even more exciting for SA Hip Hop lovers. As everyone waited patiently for Cassper’s ‘Tito Mboweni’ to drop, AKA went ahead and shared a snippet of a new track he’s currently working on which we might be dropped sooner than we think. AKA samples new song online: twitter reacts.

AKA tagged Blayze in the tweet along with the sample. “Ok hook done. @BlayzeEnt,” he captioned it the video. Watch it below and check out how twitter reacted to it. 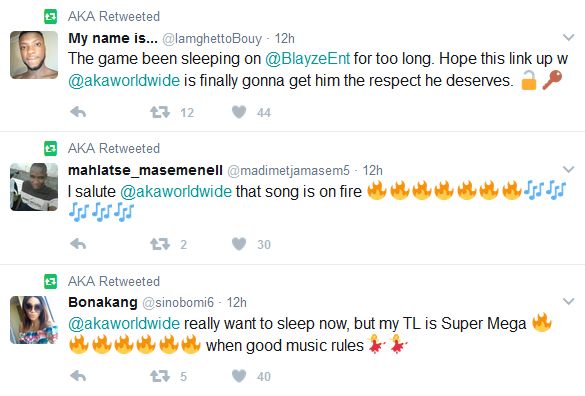 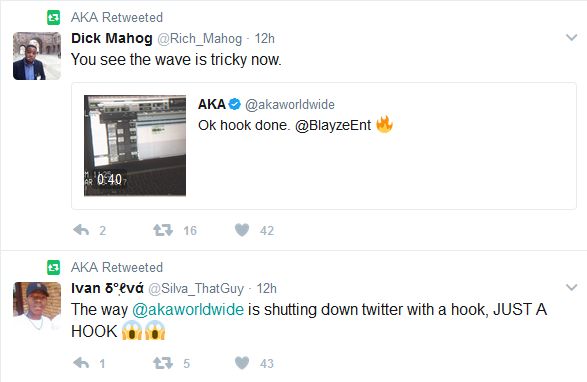