Dang! You won’t believe mow much money Riky Rick had when he dropped Family Values. The “Sidlukotini” rapper recently revealed the amount of money he had in his pocket when he dropped his debut album Family Values in 2015. Following what happened at the Metros over the weekend, Mr King Kotini Riky Rick has been posting some inspirational messages on his Twitter account, directed towards his fans that enjoy making music of their own. 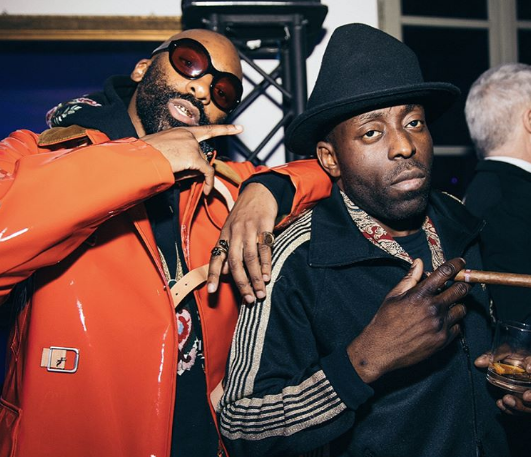 Having in the past complained about his lack of recognition at award shows, Riky Rick used his win for Best Hit Single (Sidlukotini) as a platform to throw shade at Metro FM and offer some interesting advice to upcoming artists.

In his tweets recently ,  Riky Rick also opened up about his financial status before his hit album dropped. 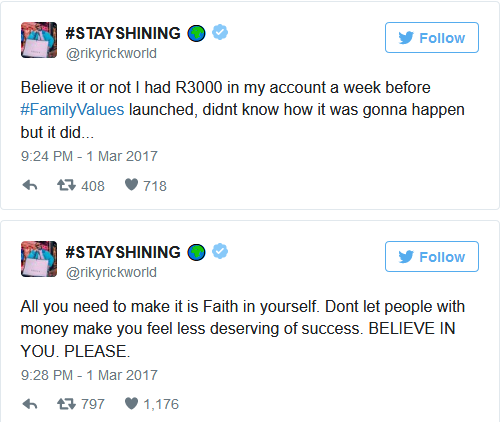 Family Values is Ricky Ricks first album which was released and made available for purchase on iTunes by Makhado Makhado Agency on 3 April 2015.

Riky Rick revealed the album’s cover in February 2015 via various social media platforms, including Instagram. The cover which was shot by Kristin-Lee Moolman, depicts Riky Rick embracing his son, Maik Makhado. The artwork which bears a huge resemblance to an old picture of American rapper Game and his son Harlem Taylor, drew criticism from the public, with some labeling Riky Rick a copycat.

Black Motion, which worked with Riky on the album stated, “When we got into studio we created music. We started harmonising one melody and that melody was music”. Family Values was billed by OkMzansi as “one of the most anticipated hip hop albums of 2015”. It was made available for iTunes pre-order on 27 February 2015, revealing the album’s 18-song tracklist.

Media personnel were invited for a listening session held at Riky’s house on 31 March 2015. The album’s release party was held three days later.