The question of who killed Tupac—a trusty conversation topic across college dorm rooms and Twitter feeds—has gone unanswered for over two decades, but not for lack of trying. One well-worn theory is that the FBI shot Tupac, and were also responsible for Biggie Smalls’ murder six months later. Less cynical fans would like to think that Biggie and Tupac, while enemies by the end of their short lives, have been reunited in fake death and are enjoying a permanent vacation in a secluded town in New Zealand. 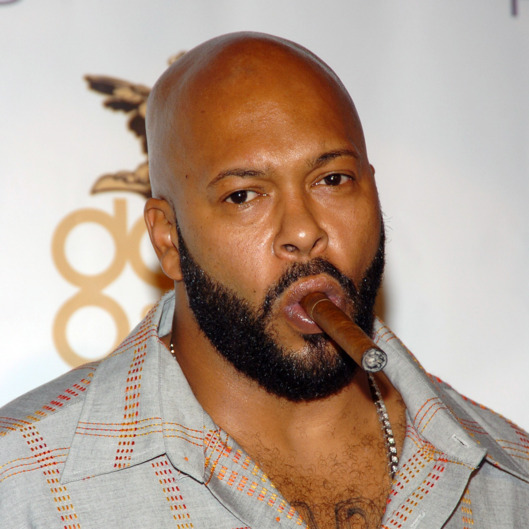 But Suge Knight claims he knows who killed Tupac—and says he was the real target. The rap mogul made the claims through lawyer Thaddeus Culpepper and said that his ex-wife Sharitha and Death Row Records security chief Reggie Wright Jr. were behind the infamous drive-by shooting, WENN reports. Tupac was shot in Las Vegas on September 7, 1996 riding in the passenger seat of a BMW that Knight was driving after they attended a Mike Tyson boxing match. He died six days later.

More than 20 years ago, beloved West Coast rapper Tupac Shakur was shot down in Las Vegas, marking the death of a great and the end of an era. While he was tragically taken from us too soon, the 25-year-old Shakur has had an active post-mortem, headlining at Coachella in holographic form and sparking some of the greatest conspiracy theories in pop culture history.

File this under: Big if true. In a newly revealed court affidavit filed by Suge Knight’s attorneys, the former Death Row Records head claims that not only does he know who killed Tupac Shakur, he also claims that the target that evening was actually him. According to a report from the Daily Mail, Suge’s criminal defense lawyer Thaddeus Culpepper submitted an official affidavit that pointed the finger toward the one-time mogul’s former chief of security and his ex-wife. “Knight has known for many years that Reggie Wright Jr. and his ex-wife Sharitha were behind the murder of Tupac and attempted murder of Knight.”