‘These New Rappers Are So Soft,’ Says Duncan! It is not that long ago that we saw Duncan tweeting about how he didn’t want to be hating on the new kids on the block. Has the Afrotainment artist decided to change his position on new artists?

The rapper recently tweeted on how he sees new artists attitude towards the game saying that they are to soft. Duncan’s fans responded to the tweet dropping names and some asking him to drop names. When one fan asked if it was Cassper he meant, the rapper said no.

“These new “rappers” are so soft. They don’t have that I wanna be the best ever killer . There just kind of like I’m gonna talk and not make sense and you idiots are gonna think I’m good,” tweeted Duncan. 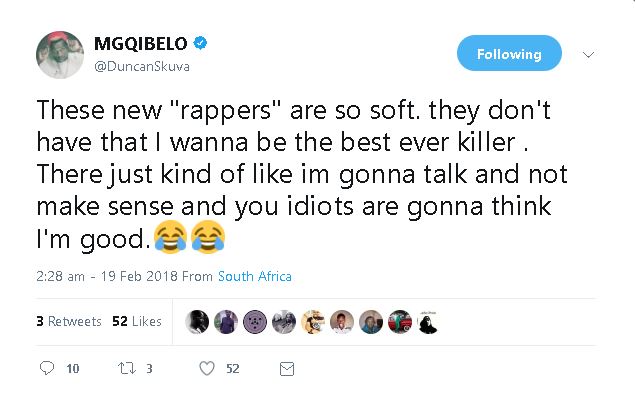