5 Non-Rappers Who Are Influential In The SA Hip Hop Game. The SA Hip Hop industry has a multitude of various stakeholders that add to the rise of the industry. If not through clothing, they add by sharing their behind-the-scenes expertise and guide rappers into the right direction of their careers.

Some have rapped before, and some were never even featured on a track before. Here is a list of 5 non-rappers who are influential in the SA Hip Hop game right now.

Scoop Makhathini is an entertainment commentator, television presenter and podcast host who’s influence on the SA Hip Hop is certainly notable. Having dabbled in making some music before, he has always expressed his passion for Hip Hop. He has represented street culture so well and always looks stylish while doing it.

Siya Metane previously known as Slikour has played a massive role in pushing SA Hip Hop forward. Having been a rapper himself he created a platform where rappers could show off their raps and have a place where they can express themselves freely about their music. Metane has also been instrumental in allowing rappers to break down their music for fans to understand and connect with them more.

The young event curator, model and now television presenter Uncle Vinny has made a name for himself in the industry as young as he is. Some rappers have even referred to him as ‘The Leader Of The New Wave’. He has constantly shown his passion for Hip Hop, one notable moment of his is when he fought for young rappers to be on the MTV Base Hottest MC’s List for 2020. Uncle Vinny even hosted the 2020 SA Hip Hop Awards.

Founder of one of South Africa’s leading film production companies Clout Cassete, Morale Pablo Phala has produced some of SA Hip Hop’s best and most watched music videos. He has produced music videos for the likes of A-Reece, Riky Rick, Flvme, Costa Titch and more. Morale brings a fresh new angle to every music video he has produced and he has a great relationship with SA rappers.

Zeus Omega is an advertising strategist, PR guru and brand and image consultant who has added to the come up of many rappers in the SA Hip Hop game. He has worked with the likes of Costa Titch, Focalistic and 031 Choppa. All three of these artists have grown to be big names in Hip Hop and in South Africa. 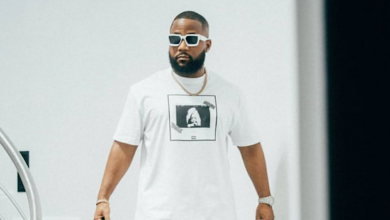