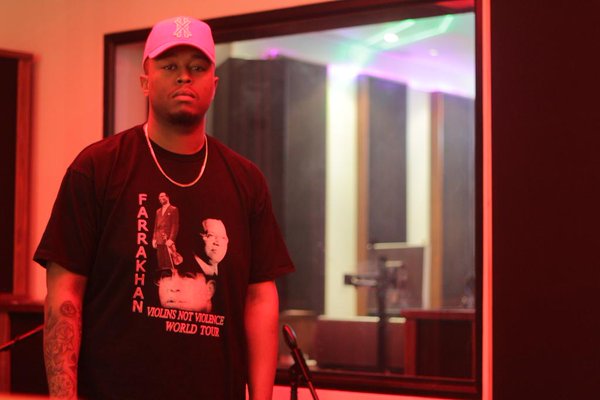 A stone’s throw away from the richest square mile in Africa, this estate not only houses some of the hottest properties in Jo’burg, it also, appropriately, houses one of South African hip-hop’s hottest properties, Anatii.

The line “Lost a lot of pounds just to fit in Balmain,” off Anatii’s hit single “The Saga”,is the first thing that crosses my mind as we meet at his doorway.

When did all begin for the young producer?

He started making beats at age 12 because he wanted instrumentals to sing on. But beat-making soon became his main hustle. He went on to write and produce L-Tido’s “When it rains” before producing a song for Morale – all before the age of 16.

2015 saw Anatii transition into one of the most sought after artists in SA hip-hop. Ricky Rick’s “Fuseg” and DJ Milkshake’s “My Own” are two examples of his growing mastery of the ‘hook’.

I ask him if people still undermine him because he’s young.

“Yeah, people undermine me because I’m young all the time. But at the same time, I don’t take anything personal. I stay in my lane and just keep doing what I do. As long as we’re achieving our goals and feeding our families, we’re good.”

His home studio, where we do part of the interview, looks legit, a far cry from your typical bedroom studio.Anatii explains that he’s a singer, producer, designer, rapper, director. With a range as broad as his, finding a balance can be difficult.

I ask him if, given his hits songs “The Saga” featuring AKA – for which he won Best Collabo and Best Video at the SA Hip-hop Awards – and “My Own” featuring Cassper Nyovest, people view him more as a rapper now. “I mean, yeah, probably but I try not to put a label on anything. I try to focus on just putting the music up.”

“Sometimes I’ll give you a verse, sometimes a hook or the beat. When I’m making music I’m focused on all the aspects, so I’m making the beat and I’m singing the song. It’s so many aspects so I focus on it holistically. The whole thing.”

Anatii’s studio is spacious. The recording booth, which is in the adjacent room, is bigger than most studios. He shrugs and motions excitedly when I ask him how he knows when he’s got a hip hop banger.

“There really aren’t guidelines to making a dope track,” he says. “There’s no formula. There’s no telling what people will fall in love with.”

But that initial reaction is vital.

“I can make a song and play it once for you. I shouldn’t have to play it a hundred times to convince you that it’s a great song. How the song sounds is the most important thing,” he explains, leaning flamboyantly into every word. “When you hear your favourite artist and you hear that sound and that melody (he mimics the rhythmic melody of “The Saga”) you know it’s “The Saga”. That sound, that’s what I focus on.”

New album on the way 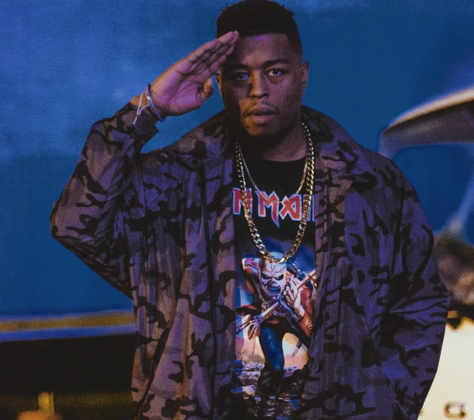 Anatii recently returned from LA where he was wrapping up his debut album, Electronic Bushman.  Having been a major contributor on several other projects for the likes of DJ Dimplez and Cassper Nyovest, this album represents a coming out of sorts.

“It’s gonna be interesting. I’m tryna bring a sound that hasn’t really been heard in SA,” he explains. “Fusing a lot of different elements and really bringing out what’s true to me, because people have heard me on different features and singles so now I’m just putting out like my stuff as Anatii. My expressions.”

“That’s very important. More so because we are in Africa and we have to cater to the whole continent. But I never use it as a boundary. I don’t think I have any boundaries,” He says, emphatically.

“The goal for me is really to be identified as the best musician, not really the best rapper, singer, producer and all that. As an all-round musician from performing, to producing, to writing.”

His influences, he explains, include Michael Jackson and Stevie Wonder. But on the daily it changes. Like today he was just listening to Aretha Franklin.

This veracious music consumption is, I assume, the source of his versatility.

Anatii shifts over to the control panel and plays “Feeling On Me”.  We bob our heads as the rich bass of this, one of his latest singles, reverberates through the studio. Anatii is in his element, vibing as someone who truly loves the music he produces.

“It’s about leaving a legacy and changing lives. That’s what I’m tryna teach the people I work with, young producers and all that, cause people come in with the notion of just tryna get racks. I always tell them: you can get racks, anybody can make racks. You can get a corporate job and make racks and get money. But you gotta be changing people’s lives. When we’re doing a project that changes some kids’ lives it’s gonna stay there forever.”