Watch Cassper Nyovest Cutting Off His Beloved Ponytail for Fill Up Orlando Stadium. The new Age Doc Shebeleza has been in the game for 3 years and he has always had his ponytail with him until before the MAMA’s when he appeared without it. 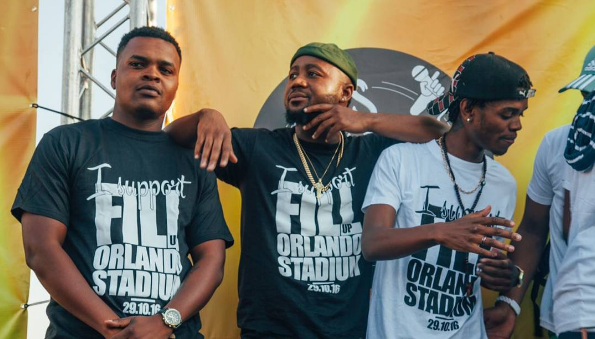 Cassper Nyovest went from being the guy with a hit record titled ‘Gusheshe’ who takes taxis to the shows he was booked at to being the richest rapper in the country in a period of nothing more than 2 years.

The new Age Doc Shebeleza has so much influence to a point where he made it o.k for his fans to also rock the ponytail. The rapper has finally cut the ponytail off as he gets ready to fill up Orlando Stadium this coming Saturday:

3 days to go family!!! We are making history, as a nation, as dreamers and as believers!!! #FillUpOrlandoStadium 🙌 🙏

“No one raps like you,” Stogie T to Khuli Chana