New school rapper, Hip-hop artist and author, Rouge just got herself a new endorsement deal with SAB new brand, Flying Fish. Rouge who is currently working on her debut album titled “New Era Sessions” which will be released in 2017, took to her Twitter account to announce her collaboration with Flying Fish SA.

Rouge is also a brand ambassador for Levi’s. Rouge always dreamt of becoming a performer and started singing at the age of 6, songwriting at the age of 12 and rapping at the age of 19. She also took part in acting, public speaking and poetry, not knowing she was preparing herself for what was to come. In 2014 she completed a degree in Drama & Film at the University of Pretoria.

“Another campaign in the bag. #Flyingfish”- the Mbongo Zaka hit maker wrote on her social media accounts. 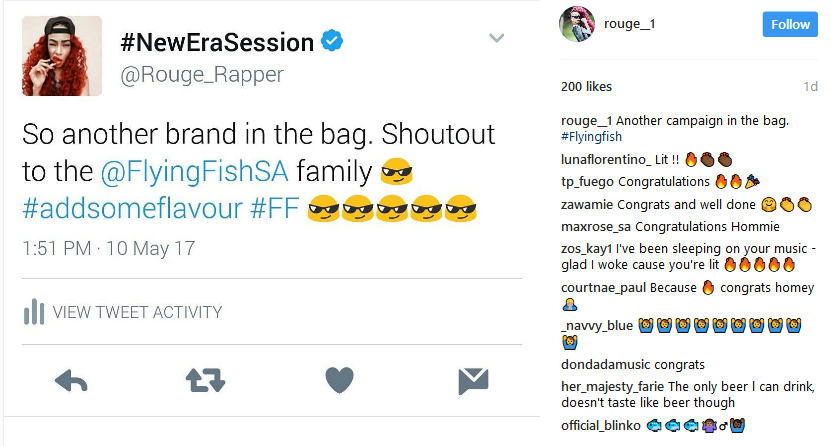