Nasty C Responds To Claims That He Stole His SoundCloud Idea! Late last week we saw Nasty take a step towards helping upcoming artists in the industry.

The rapper offered upcoming artists a platform on which they can upload their songs and gain clout of it to help boost their careers. Nasty then faced criticism from some fans whihad seen the idea before saying that he stole it from someone else and the rapper wasn’t too happy about it and went on to address the claims.

“I’m just tryna give back like I was taught to. I came up with this idea by myself w/o anybody’s influence. That doesn’t mean nobody else out there had that same idea.. don’t try make me look bad. Singajwayelan amasimba bro,” tweeted Nasty responding to one of the fan’s. 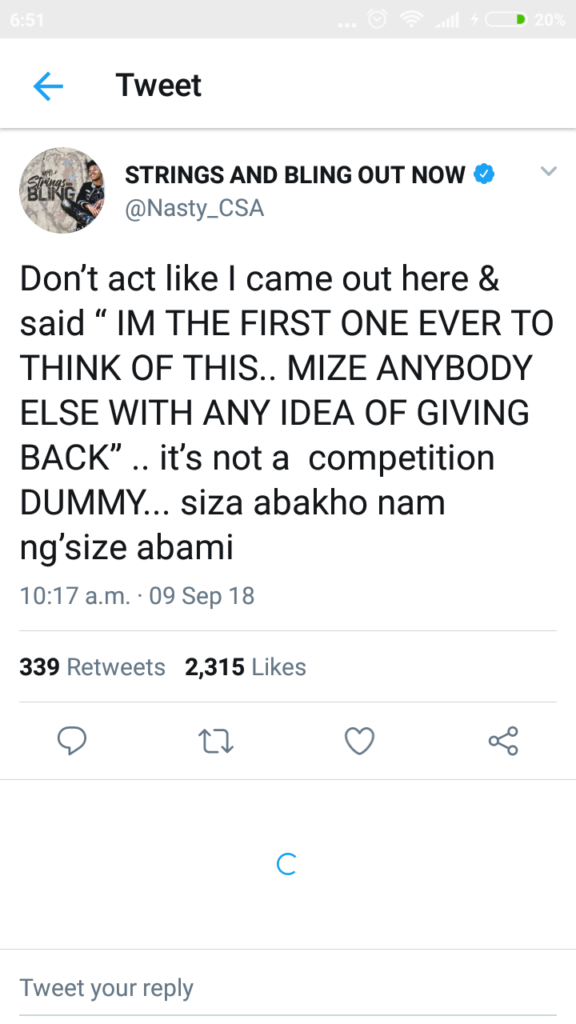 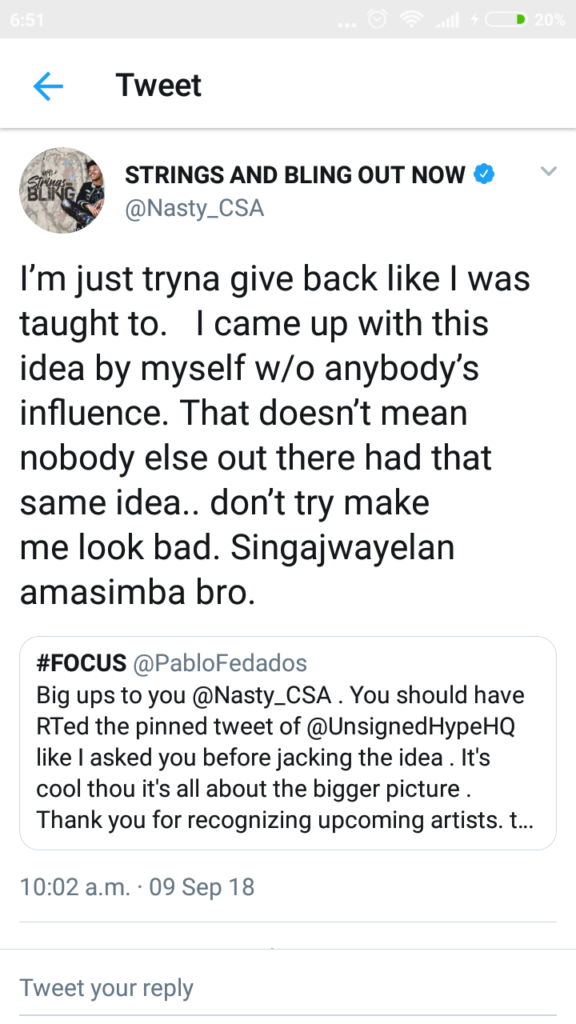 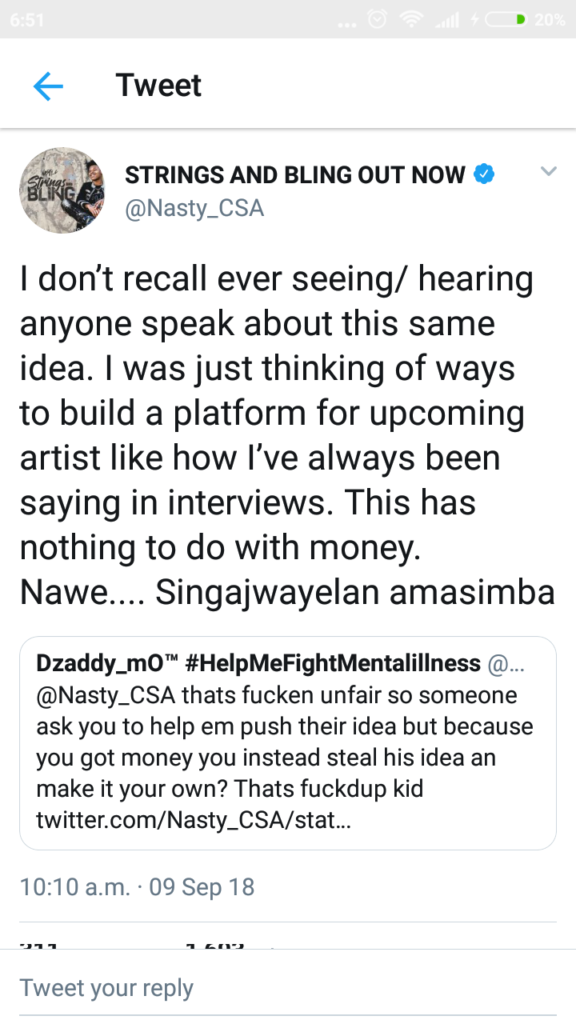