K.O Bags A Major Clothing Distribution Deal! Earlier this month Mr Cashtime revealed that he had just bagged a major deal which he was excited about but did not reveal details about the deal.

The rapper has finally decided to share the details on his new deal to distribute clothing merchandise from his Fashion label Skhanda World. According to K.O, he has been facing a lot of trouble to get distribution for his fashion line over the years but has finally solved the issue with Studio 88.

“Look at God! For the longest of time me & @tsholo have had distribution limitations with my clothing line @skhandaworld and now through blessings that led to other blessings @studio88_branded has just opened its doors for us!,” tweeted K.O with a picture at the Studio 88 offices. 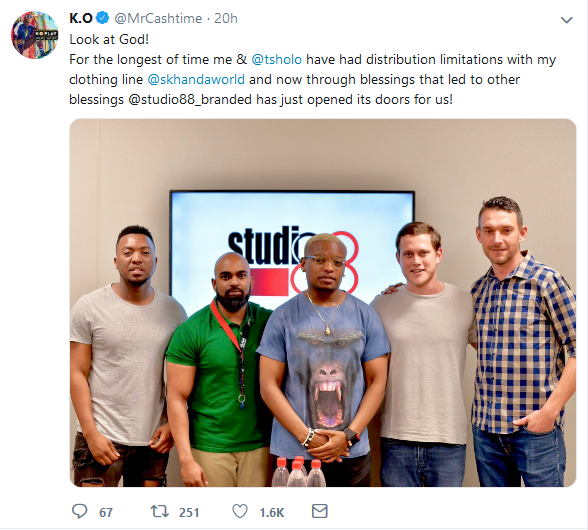 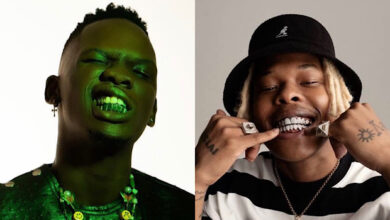 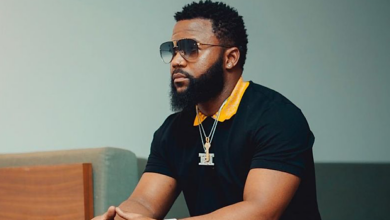