AKA has released many albums over the years, albums such as Levels, Be Careful What You Wish For, Touch My Blood. See a break down of all AKA’s Albums below.

Altar Ego is the debut studio album by South African hip hop recording artist and record producer AKA. The album was released on August 23, 2011, through The Vth Season.

Levels (sometimes stylized as LEVELS or LVLS) is the second studio album by South African rapper AKA, released by Vth Season. It is the follow-up to his debut release, Altar Ego. The album was made available a week before its originally announced 8 July release date on 30 June 2014. The album was certified gold on 17 June 2015, selling over 20 000 copies almost 11 months after its release.

The album’s release was preceded by the singles “Jealousy”, “Kontrol”, “Congratulate” and “Run Jozi (Godly)” which features K.O of Teargas. Originally slated for physical release on 8 July 2014, the hard copies of the album were later released on 28 July 2014 due to manufacturing issues. Production was handled by AKA, Ameen, Tazzy from the funk band Muzart, Steve “Sticky” Raphadu, Master A Flat who was also the album’s musical director and Vth Season’s in-house producer, Tweezy.

Guest features on the album include Burna Boy, Da L.E.S, Sarkodie and Mi Casa’s lead vocalist, J’Something. Levels peaked at number 1 on the iTunes South African chart a day after its release

Be Careful What You Wish For Album

Be Careful What You Wish For is the debut collaborative studio album by South African recording artists AKA and Anatii. It was released on July 28, 2017 by Beam Group and YAL Entertainment, under exclusive licence to Universal Music South Africa.

Touch My Blood is the third studio album by South African rapper AKA, released on 15 June 2018 through Beam Group in partnership with NYCE Entertainment. It is his first independent release and is the follow-up to his sophomore album, Levels. The rapper claims it is his final album. It features guest appearances from fellow South African artists including L-Tido, JR, Yanga Chief, Stogie T, Kwesta & Okmalumkoolkat, as well as a sole international appearance by Nigerian artist and producer Kiddominant. Production is handled by AKA, Master A Flat, Tweezy, Tazzy, Kiddominant, Anatii, Gemini Major, DJ Maphorisa, Makwa, Buks and additional production by Julian McGuire. Touch My Blood was certified Gold by the Recording Industry of South Africa (RiSA) on 25 June 2018, just one week into its release. On 9 November 2018, the album was certified platinum by RiSA four months after its release. 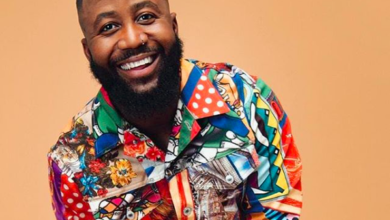